Where rum is born 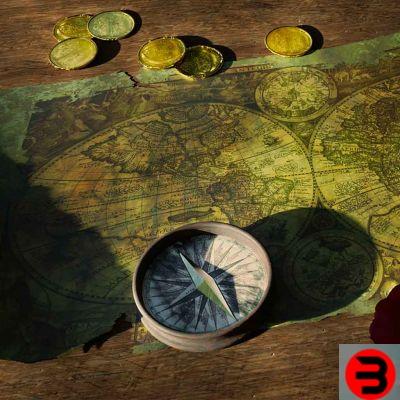 In which countries was rum born?

If you are a rum lover, you have surely wondered where rum is born. This is a drink that is formed from the distillation of fermented sugar cane juices, whose origin dates back to a very similar liqueur that was produced in the Spanish region of Granada at the time of Arab domination, around the XNUMXth century. It was they who brought this plant from India and in the XNUMXth century moved it again to the Antilles area, where the much more favorable climate facilitated its production. Either way, we probably wouldn't know much about this magnificent drink if it weren't for the fact that in the XNUMXth century, growers realized that after the sugar was extracted, a pleasant-tasting, thick, brown liquid called molasses remained. Even today, thanks to this rum continues to be produced.

The French and English colonies of the Antilles, especially those of Barbados, were the first to begin distill rum on a large scale. The first official mention of rum appears in 1650, in a document from Barbados, in fact. Until that time it was called by several names, such as kill-devil (kill devil), rumbullion (from a word in the English region of Devonshire which means great tumult), guildive (a French misrepresentation of kill-devil) and tafia (African term or indigenous). In 1667 it definitively became rum, although the first appearance in an official document is dated 1661, by an order given by the Governor General of Jamaica. The British began to import it to Europe, where its consumption spread. Rum was part of the daily ration of British sailors until 1970.

Today this alcoholic drink is produced in more than thirty countries, each of which affixes its specific seal. In particular, i the most renowned rums are the Cuban and Caribbean ones. On the market, there are broadly three main lines: brown, golden and aged. Caramel is added to the golden rum, from which it takes the amber color. The aged one, also called añejo, is the darkest and differs for the intense flavor and strong sweet aroma. It is obtained through a recipe very similar to the original one, based on the fermentation of molasses or sugar cane and its distillation.

The difference is due to improved process control and increased production. White rum it is what we could define as the base, odorless and colorless, and which will subsequently be placed in wooden barrels to age, thus taking on color and unique characteristics given by aging. This phase will give the classic amber color, which is normally eliminated through filtration for marketing. Finally, there are separate varieties that include the addition of spices. Currently, the The oldest still functioning distillery is the Mount Gay Distillery, also in Barbados, which began construction in 1703.


In cocktails, due to its organoleptic characteristics (i.e. a qualitative evaluation based on the senses) it is added to the mojito or daiquiri, considered among the most renowned and appreciated in the world. Furthermore, it is an important ingredient in pastry, sauces, roasts and soups, as well as in flambées. The history of the birth of rum starts from far away, both in time and in space, to reach the present day in the glasses of all lovers of this wonderful and unique product. Now you know where the rum comes from!