Best rum in the world 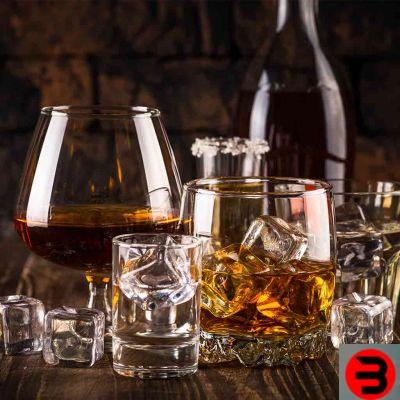 Best rums in the world: what are they?

Is it possible to rank the best rums in the world?  The company is really difficult, just think that they exist more than 70 rum producing countries mainly concentrated in the Caribbean and Central America, countless distilleries and that over the years the average level of production has been growing, putting ever better rums on the market.

To provide a ranking as objective as possible, which is not based solely on commercial criteria, it seems right to rely on reference figure of rum in the world, that is the man who in many years of career as an importer and bottler has probably tasted the best rums in the world: his name is Luca Gargano.

Over the years he has traveled the world going to discovery of rums not yet known in Europe and North America, with a tireless work that led him to reveal real hidden treasures, especially in the Caribbean.

In 2019 Luca Gargano was decreed al Golden Rum Barrel Awards (the most important event in the world dedicated to rum) Rum Advocate of the Year, the equivalent of an Oscar-winning rum. How did an Italian become the most influential person in the rum world? To understand this, it was enough for us to read his book, absolutely unmissable, in which 40 years of history are retraced in search of the best rums in the world.

The charm of this research is given by the fact that those who made it had the level of preparation of a normal rum lover and therefore limited themselves to the knowledge of the few brands known in Italy in the early 70s, namely, Appleton, Bacardi, Barbancourt , and two agricultural rums namely St James and Clement. His role as an importer and bottler of rum, but above all a great enthusiast, has led him in more than 40 years to taste the best rums, but above all to collect rums of 4000 different labels for a total of more than 40.000 bottles: probably the largest collection of rums in the world.

Rum Tasting of the Century

In 2018 for the start of the collaboration with Hampden a reputed Jamaican company the best rum distillery in the world, Luca Gargano organizes "Rum Tasting of the Century" at the Four Seasons in London and for the occasion gives journalists a taste of the major world newspapers such as "New York Times", "Le Monde", "Le Figaro" and "Corriere della Sera "A selection of those that he considers the best of world production, one per century starting from the 700s:

Hampden distilled in the XNUMXst century.

We cannot dwell on tasting notes, since - excluding Hampden - all rums are among the most expensive in the world. Just think that the Harewood 1780, which Gargano describes in his book as a "boy, so vibrant, so alive", there were only 18 bottles found in Sussex in 2012. If you want to get closer to paradise you can still buy an excellent bottle of rum Hampden, at an affordable price, a rum that has been able to hold its own against the best rums in the world despite being produced in the XNUMXst century and having all the characteristics to be defined as a true great rum:


Produced with spring water such as Single Malt Whiskey;

Aged in the tropics;

Without added sugar or caramel

These are the characteristics that the greatest rum experts in the world consider essential, to count a rum among the best ones. Luca Gargano deserves the credit for having freed Rum from a poor consideration among the spirits produced in the world, creating a movement for the quality of rum that is spreading very quickly.

Where to buy the best rums in the world

Beyond this ranking, there are still rums of great quality, which can be purchased without fooling around. There are various web shops where to buy the Best commercial rums to the world, but we recommend you do it on Amazon. Fast shipping, guaranteed and above all you will never risk losing your money. Payments are always insured and if you do register with Amazon Prime, you can receive the Rum at the best price on the web and above all without unnecessary shipping costs

add a comment of Best rum in the world