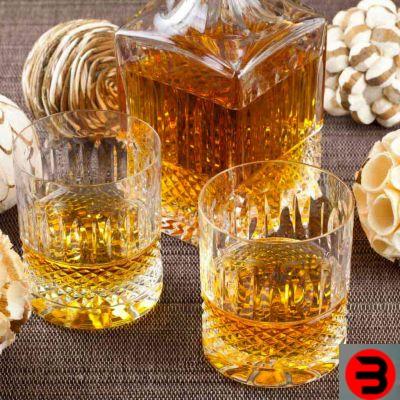 Often when we want to make an important gift or we want to give ourselves a particular bottle and we do not know the world of rum thoroughly, we seek a fine rum. The world of rum is so vast that you can define a single category or even a single bottle of fine rum is a practically impossible feat, if the field of action is not restricted. A criterion could be that of aging, but it is not a criterion that can be associated with all types of rum and its definition is not always so immediate. Better to follow an approach linked to the tastes of those who are going to taste the distillate.

If our tastes or those of those who will receive the bottle are oriented towards an accentuated drinkability with a moderate alcohol content (around 40%) the choice should fall on a Spanish school rum, that is a rum in Cuba, Venezuela, Colombia and many other islands and countries in the Caribbean known for the lightness of their spirits. Usually they are the most prized rums appreciated by neophytes, because they are the result of distillation with column systems that limit the presence of "esters", that is, the residual molecules responsible for the aroma and flavor of the distillate. Often this a type of fine rum is defined as "light rum".

The choice of a fine rum will be different by those looking for high alcohol content and rich, fragrant and very tasty spirits. In this case the choice should fall on the rums of the Jamaica, one of the first nations to produce rum, in which the distillation systems and techniques still follow the production methods of the 50th century, with the use of the ancient Copper Pot Still stills that distill with a lower alcohol content and keep the best part of esters. In this case the school of origin is the English one and the higher grade (can reach up to XNUMX%). Usually this type of fine rum it is called "heavy rum".

Another choice to find a fine rum without fail will be to buy the famous rums from Martinique Rhum Agricole of the French school, distilled from pure cane juice, as opposed to those of the Spanish and English schools, usually distilled from sugar cane molasses. The characteristics of these fine rums are the strong personality, the dry taste and the remarkable alcohol content, which in some cases can be close to 60% if the rum is offered in purity. The prestige of these rums is also conferred by their belonging to the AOC (French Controlled Designation of Origin) which guarantees the quality and authenticity of the product through a rigorous regulation. In this case our choice will fall on a Fine agricultural rum.

Lately, many rum brands have introduced the premium wording on the label of certain high-end products similar to a fine rum. We must say that this wording appears most of the time arbitrary and that it does not respond to any shared criteria in the way of rum.


In these selections that we propose below, we have indicated some famous rums easily available on the market and with a variable price between twenty and eighty euros, even if there are bottles that reach and exceed 1.000 euros, but they are ancient bottles or very rare.

For those who are approaching the complex world of rum, these are the most recommended spirits, as they boast greater drinkability. Let's talk about prestigious rums which have inherited the roundness on the palate from classic Spanish spirits such as Brandy and Sherry. The distillation and aging methods are the same, such as the aging in barrels of different vintages which are then assembled according to the methodology Solera. Surely if you need to make a prestigious gift and you are not familiar with the tastes of those who will receive it, we recommend this list, which includes the provenance, alcohol content, aging and price of prestigious rums of Spanish origin.

For those looking for more gritty rums, more "funk", the market to turn to is certainly that of rum from Jamaica. They are rums always derived from sugar molasses, which are distilled with Pot Still plants as per English tradition, originally used for whiskey. Surely Jamaica's historic and prestigious rum brand is Appleton. In fact, if Mount Gay Distilleries Ltd. of Barbados claims the title of the oldest rum producer in the world (1703), Appleton Jamaica, dating back to 1749, is the second largest producer of oldest rum in the Caribbean.


It is a distillery that has maintained the same terroir over the years, located at 400 m. of altitude and which is distinguished by the methods of production, fermentation and aging, all phases that are carried out in the same location where the sugar cane is also collected. Their products, which have a wide range of proposals, are characterized by variable aging ranging from 4 to 50 years and you can find them here .

Among the most demanding aficionados in the world of rum, the prestigious ones are establishing themselves Rhum Agricole of French origin. The land par excellence of agricultural rums is Martinique, in which production is guaranteed by the AOC (Appellation d'igine contrôlée) which with a very strict disciplinary establishes its authenticity, the link with the territory, the fermentation methods and aging. At the base of everything there is in this case the fresh juice of local sugar cane (vesou) and not the molasses used for many of the rums of Spanish and English origin. Among the various rums produced in Martinique, the following categories can be distinguished:

Rhum Blanc, that is, colorless rum aged for a minimum of three months;

Vieux or VO rum: rum aged at least 3 years in oak barrels with a maximum capacity of 650 liters;

There are also very prestigious Agricultural rums from Martinique, which are vintage rums, that is produced with the barrels of a single vintage considered extraordinary, such as Rum Bally Millesime '2003

Since the rum aged in the Caribbean and therefore subject to a rapid evaporation of the distillate, we are faced with prestigious rums whose cost often increases almost proportionally with the duration of aging in cask. However, there are excellent agricultural rums also at affordable prices. Below is a list of prestigious agricultural rums with an indication of alcohol content, aging and price.

Correct name of the rum ❯