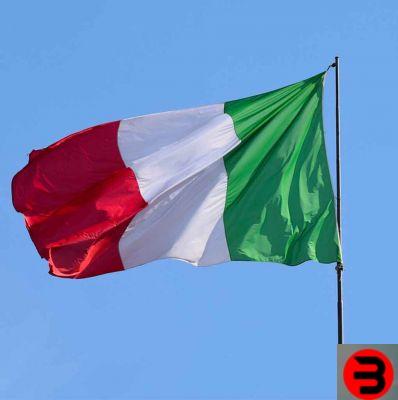 Does Italian rum exist? The answer is yes and excellent rum is also produced in Italy. The most famous Italian rum in the world was born from the meeting of two absolute personalities of distillates, that is between Luca Gargano, that is, the one who created the rum market in Italy e Gianni Capovilla, an internationally successful distiller. A book would not be enough to tell their personal stories! Actually Luca Gargano has also written a really unmissable one for rum lovers that you can buy qui, in which you will find the story of a small company in Genoa, which has become the most influential importer and bottler in the world. Carribean Club, Brugal, Barillito, Bally, Demerara El Dorado, Matusalem and many others are the names of the rums that he managed to import and make known in Italy, starting in the early 90s. A tireless researcher of unrecognized rums, who still continues to discover and market.

His Selections Demerara Velier (Velier is the name of his company), are among the rums most sought after by collectors from all over the world, like the Caroni rums, the result of the discovery of long aged rum in an abandoned factory in Trinidad. Gianni Capovilla, master of distillates, in particular of fruit, is universally known for his products of the highest level, he was convinced, after a long courtship, to distill sugar cane by Luca Gargano. Being Capovilla a perfectionist, he experimented with the distillation of cane for more than a year before accepting the invitation of his friend Luca to undertake this new challenge.

The production site identified by Luca Gargano is a small corner of paradise, the island of Marie Galante of the Lesser Antilles, which is part of the Guadalupe. It is the place to harvest an extraordinary sugar cane, thanks to the microclimate that creates the perfect conditions for a single harvest per year. There in 2007 the ideas of Gargano came together, that is to recreate an agricultural rum of the origins, produced with the double distillation in a bain-marie to those of the master of distillations - Capovilla - who as a first intuition thinks of a production without the use of water during the fermentation phase. Then fermentations of pure cane juice carried out in smaller containers, very long (6-7-8 days) and controllable, without diluting with water, an operation usually used to regulate fermentation, but which degrades the juice.

Then using the double distillation in a bain-marie as for fruit, it allows to separate the head and tail of the production and to eliminate the harmful substance ethylcarbamate that is released by the ammonia salts used as nourishment for the yeasts. Capovilla also decides to redefine the use of barriques and instead of those of Bourbon, generally used in the Caribbean, uses barriques used only once by cellars of excellent French wines, with clearly superior characteristics for aging. In fact, alongside the production of the classic agricultural rhum with one year of aging in the bottle, the two decide to also produce a dark rum, with longer aging in barriques. The water used for the series with a reduced alcohol content is rainwater collected on the island.

The result of this exceptional meeting is a series of aged agricultural and agricultural rums which are receiving awards among the greatest rum experts and of which we report the descriptions from the Capovilla website:

Rhum Rhum, obtained from the double distillation in a bain-marie of pure fermented sugar cane juice, is a unique product of its kind, which stands out for its aromaticity, cleanliness and rare finesse.

Born from the pure juice of fermented sugar cane, this one rum ages in fine barriques, in which they first fermented great French white wines. It is an elegant, soft and rich distillate, which superbly expresses the gestures and knowledge of those who created it. On the label only the year of its "release" and not of distillation.

Other rums of Italian production

Capovilla and Gargano are not alone in the Italian Rum production, but there are other well-established companies that produce molasses rum and not cane juice rum as in the case of Rhum Rhum. Naturally, as there is no climate suitable for sugar cane cultivation in Italy, the molasses is imported and then processed on Italian soil. This is the case of the Plunhof of Sanct Valentin in the province of Bolzano which has been producing Zu Plun rum with molasses from Cuba and Haiti for some years, and then distilled it in the magnificent Scilliar area at an altitude of 1400 meters. Also in this case, as for Capovilla, it is a company born from fruit and wild fruit distillates. The peculiarity lies precisely in the altitude of the aging place and in the barrels used for aging, that is, Austrian oak barrels that had previously housed fortified wine.

This characteristic, together with the altitude, gives the distillate some original notes and the small production has already met the favor of the experts, also winning a silver medal at the IWSC in London. Roner, a company well known for the production of grappas and spirits, has also recently launched into the world of rum. It always does so with a product originated from Central American molasses, aged for three years in barrels already used to produce their Caldiff apple distillate. The result is rum R74 Aged rich in fruity notes and in particular of apples, which due to the particular climatic conditions of aging and the use of very pure waters has very interesting characteristics.

Also by Roner, the most recent white rum R74 White distilled in Termeno with double discontinuous distillation, especially intended for cocktails. Finally, the rums of the Zamperoni distillery, which for three generations has been producing grappa and spirits and recently has also embarked on the rum route. Having not yet been able to taste them, here we limit ourselves to indicating the two products of this solid company of Galliera Veneta (Padua), known for its excellent spirits: Rum Golden Barrique, Rum Riserva 5 years.