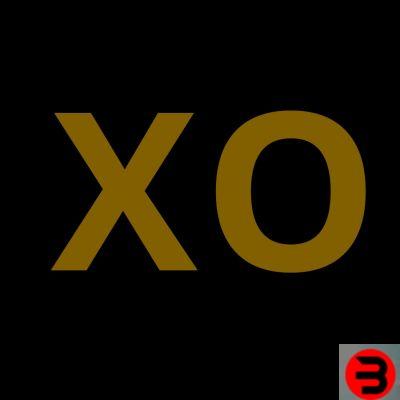 Those who approach rum often notice this acronym on the labels: but what is the meaning of this symbol that recurs on many prestigious rum bottles such as Rum Zacapa Centenario XO Solera o il Rum Bumbu XO? Simply very old, i.e. Extra Old. At this point it is a matter of understanding how the number of years they are needed for are established define an XO rum.

Here the matter becomes a bit more complicated because even if the sigla XO has a very specific meaning (rum aged at least 6 years), it is not so easy to determine the age of a rum that is made from a blend of distillates from different years. For example, in the case of rum aged by the method Solera the bottled rum can be the result of the summation of spirits ranging in age from 6 to 25 years as for Rum Zacapa Centenario XO Solera.

XO has a meaning that can vary, although it always refers to a minimum aging of six years, based on its geographical origin. For rums of the English school, such as those from Jamaica and Barbados, for example del Bumbu XO, the meaning refers to the age of the youngest rum present in the bottle. This use of XO has significance both for rums made from a single vintage and for those made from blends of multiple vintages. For rums of Spanish origin, consisting of blend of different vintages, XO has a meaning that is linked to the age of the youngest distillate among those that make up the rum. For the agricultural rums of the French school, on the other hand, we will talk about XO, linking it to the meaning of a rum coming from a single vintage. So we will talk about XO giving it a meaning of minimum aging, which can even be much higher than six years, but always referring to a non-blended rum. Of all the specifications that give the term XO a meaning, certainly that of Rhum Agricole from Martinique it is the most precise and scrupulously certifies the actual aging of the rum, giving XO a certain meaning.

The classification of rum and its aging it is borrowed from that of French Cognac, as well as the Controlled Designation of Origin (AOC) of Martinique, which establishes the types of aging, is of French origin. In the AOC rum specification, which regulates Agricol rums, these three categories are basically established:

XO meaning: it means rum aged at least six years. Extra Vieux is another definition but comparable to XO in meaning.

This is the famous "Angel's share" or the share of "Rum destined for Angels", which varies considerably if the aging is carried out in the Caribbean rather than in Europe or in countries with more temperate climates. For the Caribbean, the annual Angel's share is about 6/8% with an estimated maximum of 12% against a European average of 1/2%. From these data we can understand the meaning of the fate of many XO rums, distilled in the country of origin and then aged in barrels in Europe. Below is a table that exemplifies the evaporation cost of a liter of aged Caribbean rum. After 15 years of aging, there are often only 29 centiliters left! 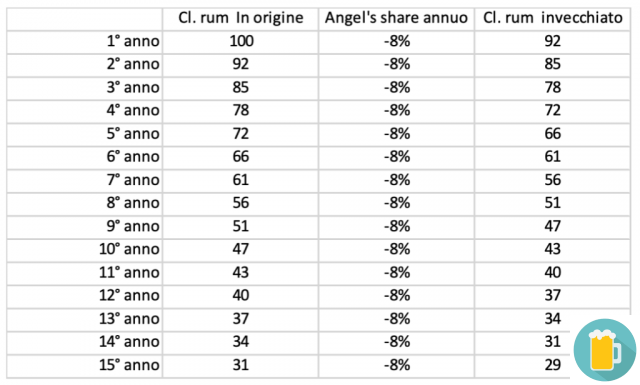 Rum purists, that is usually Agricultural rum lovers produced with pure sugar cane juice, they refer to the specification of Martinique to establish that a rum XO has meaning only if it is aged in the place of origin, but there are also other aging methods that still provide prestigious rums.


Yet another meaning of XO: Zacapa Centenario

There is a third way, a third meaning that can be attributed to the term XO, and that's what can be reserved for rum from the Zacapa distillery. It is rum produced in Guatemala from the mixing of different vintages and then subjected to aging in barrels previously used for Cognac. In this case, the XO rum it is aged in a historic building of the distillery, the famous “House above the clouds”, located at an altitude of 2333 meters, allowing a progressive exchange between wood and product, which however minimizes evaporation. Even if the place of aging does not completely correspond to the place of production, it is historically part of the company and supplies the ideal conditions for the maturation of XO rum.

Rum XO where to buy them

There are various web shops where buy Rum XO, but we recommend doing it on Amazon. Fast shipping, guaranteed and above all you will never risk losing your money. Payments are always insured and if you do register with Amazon Prime, you can receive this directly at your home Rum at the best price on the web and especially without unnecessary shipping costs.