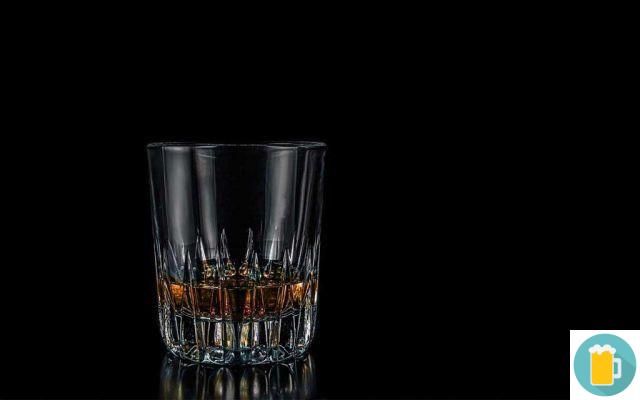 In fact, in addition to the raw material, we can distinguish between rums obtained with continuous distillation with multi-column systems - used for the industrial production of rums - and those with discontinuous distillation with Pot still boiler or Creole column systems, which are instead used for the production of artisanal or agricultural rum. The difference between an industrial rum and an agricultural rum or traditional also derives by the alcohol content which will result from the two types of distillation, which will be of high alcohol content (around 96 °) in the case of multi-column systems and low alcohol content (around 75 °) in the case of distillation with traditional systems. In the case of industrial rum, the brandy at the exit of the still will therefore be almost pure alcohol, with a neutral flavor because it is poor in congeners (aromatic fraction), that is, substances that pass at lower temperatures and make rums agricultural and artisanal richer in aromas and flavors. For this reason, in the case of industrial rums, we will speak of "light rum" that is softer, while in the case of traditional rums of "heavy rum" that is richer in terms of smell and palate.

Of course, the world of rum is so vast that there are infinite sub-categories outside of this schematization, since there are rums on the market born from the combination of these raw materials or these distillation methods. We do not then go into other decisive phases for the creation of a rum such as fermentation and aging in order not to further complicate these distinctions. The demonstration of how these schematizations belong more to the market than to the reality of rum production methods can be provided by the rum Zacapa: is it an industrial or agricultural rum?

The best commercial rums, especially those of the Spanish school, are among the most appreciated and sold in the world. This demonstrates the fact that even if starting from a less rich brandy than the one obtained by hand, excellent rums can still be obtained. The merit of having reconciled industrial production with the goodness of rum belongs to Bacardi, the true inventor of commercial rums, that is, the first who was able to combine large-scale production with methods capable of enhancing a less rich raw material.

Bacardi is one of the creators of the Spanish school of rum, one of the entrepreneurs who left Spain in the mid-800th century for the Caribbean to create rum with new production methods, similar to those used at home, such as the Solera method. His stated goal was precisely to create the best commercial rums, which had nothing in common with the agricultural or traditional ones of the French or English Caribbean. The result after years of research was achieved by launching a light, aged but transparent rum, the famous Bacarti carte Blanca, which despite minor modifications continues to be produced continuously since more than 150 years ago.

It was also his credit for transforming the rum from a distillate intended for sailors into a sought-after product for the wealthy classes, who began to use it in cocktails launched at the turn of the 900s such as Mojito and Daiquiri. A real revolution in the world of rum, which has imposed the rum in Cuba as the best commercial rum, thanks also to other famous brands such as Havana Club and others less known such as Ron Santiago de Cuba. The initial success of Bacardi, especially in the United States led to the development of the best commercial rums of the Spanish school, which are mainly produced in countries such as Venezuela, Colombia, Guatemala.

The best rum: industrial or agricultural?

One could simply answer the best rum is the one we like best. And in fact it is just like that, at the limit we could say that the best rum for a normal consumer is industrial rum, that is a Zacapa, a Diplomat, a Matusalem, rather than a Havana Club, while connoisseurs tend to drink more complex rums such as the Jamaican rum Hampden or the French agricultural rum J. Bally. The definition of the best rum certainly depends on the country of origin of those who consume the rum: for example in countries such as Italy where a type of industrial rum such as Cuban rum arrived first, it is normal for this to be considered the most popular rum. good.

The same judgment will be expressed by the Spaniards, that is the creators of the “light” style in rum and who had introduced the Sherry methodologies for the production of rum in Cuba and other Caribbean countries. The approach of an Englishman who generally considers a better one will be different Jamaican rum, being a distillate that was born during the English colonization in Jamaica. In this case we are talking about rums that are direct heirs of the tradition of the first distillers of Jamaica and therefore rum of molasses distilled with Pot Still stills of the English school, such as the rum Hampden.

Finally, the agricultural rum will be considered the best by the same creators of the production method and certifiers of the AOC (Denomination of Controlled Origin) that is the French, who consider among the best rums those produced by J. Bally. Generally we tend to consider industrial rum, that of the Spanish school, better for the world of mixology, given that the recipes of most of the cocktail a base di rum they are based on Cuban rum and in particular on Bacardi Bianco rum, conceived for this type of use. For rum tasting the preference is much more variable, linked to geographical, market and cultural logics that lead people to consider an industrial rum better than a traditional or agricultural one.