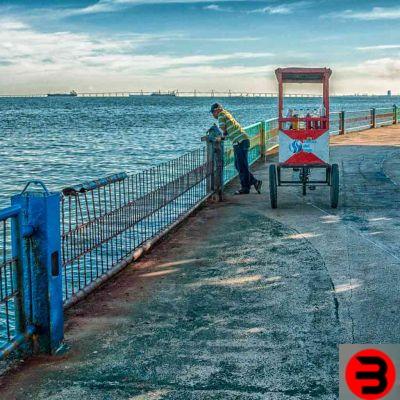 The rum of Venezuela

Venezuela is very often linked to Rum, especially for the very famous advertising of the rum Pampero, which read: “The most drunk rum in the worst bars in Caracas”. For connoisseurs, the association between Venezuela and rum comes from some brands, such as Ron Diplomatico e Ron Santa Teresa, now well known and considered among the best in the world. The quality of the rum del venezuela it originates from an extraordinary raw material: sugar cane here has unique characteristics due to the favorable climate and the richness of the land.

Molasses extracted from cane is considered among the best, due to the greater concentration of fermentable sugars, so much so that it is also imported from some countries producing prestigious rums, such as Antigua, Saint Croix, Puerto Rico, Saint Vincent, Saint Kitts and Saint Lucia. In fact, compared to other countries in Central America, rum production began later, only around 1790.

At the end of the XNUMXth century, sugar cane was already grown in the valleys of the present state of Aragua in northern Venezuela, but the first distilleries were born almost a century after those in the Caribbean. Historically this delay in the production of the distillate has been considered an advantage for the rum production, because the first manufacturers were able to import more advanced cane grinding equipment.

The rum of Venezuela: the history

The origins of the Rum of Venezuela they have a precise date and it is 1796, that is the year of foundation of the Hacienda Santa Teresa owned by a German nobleman - Gustav Julius Vollmer - who planted coffee, cocoa and of course sugar cane. The Distillery began in produce the Rum Santa Teresa and in 1996 the Santa Teresa 1796 which rightly celebrates its origins in the labels. More than 200 years after its foundation, the same family manages the distillery (we are now in the fifth generation) with a strong link with the territory, certified by the local rehabilitation program for young people with behavioral problems.

The growth in the spread of rum has recently been challenged by the development of the oil economy, which for a long time risked overwhelming that of sugar cane. Fortunately, around the 60s there was a new ferment, with the birth of other distilleries of other highly prestigious distilleries, such as those that they produce the Diplomatic Rum or Rum Veroes o il Rum Cacique, which quickly came to be a worldwide success. Despite the differences that distinguish the distilleries, the Venezuelan rum is especially appreciated for being a sweet distillate, soft and velvety on the palate, therefore capable of being appreciated even by less experienced drinkers.

In 2003, the Servizio Autonomo de Propiedad Intelectual (SAPI) thought about putting order among a large number of rum distillers and in a chaotic production situation. granting the trademark of Controlled Designation of Origin to Venezuelan Rum. The specification - which was strongly desired by the owners of the distilleries - is quite "light" compared to other DOCs in the world, but it certainly represents a turning point towards the certification of quality rum in Venezuela. The specification provides; Use of only national molasses obtained from Venezuelan sugar cane;

Use of American white oak barrels for aging;