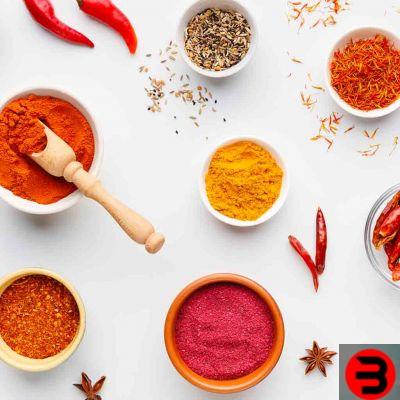 Spiced Rum: what it is

Spiced rum - spiced in English translation - is a rum that starts from a basic distillate, usually about 40 degrees alcohol, to then be enriched with the infusion of spices and fruit, which can include vanilla, lemon, cinnamon, carnation flowers, and many more. Spiced rum it therefore represents an innovative way of proposing sugar cane distillate, much loved by barmen who use it in cocktails with fruit, a little less by rum purists who consider spaced rums to be somewhat altered. True rum experts even tend to exclude spiced rums from the rum family, treating them as liqueurs.

The feeling you get at the first taste of one spiced rum is that of a very pleasant product, but profoundly different from a classic rum, as the notes of the botanicals or spices that are infused are predominant: just think of the strength of spices such as cloves or cinnamon to understand that we are dealing with a infusion that has few points of contact with traditional rum.

Spaced rums are currently experiencing a moment of great popularity, thanks also to new products placed on the market such as rum Creak and Bacardi Oakheart especially appreciated by the new generations.

Spiced rum: how to make it at home

Since its origins rum has lent itself to being paired with spices and fruit and this ease of pairing has favored its use in cocktails, grog and punch. Spiced rum therefore it is part of a centuries-old tradition that already led Royal Navy sailors to mix rum to make it more diluted and drinkable. So to continue in the footsteps of tradition, we can also prepare our homemade spiced rum, to personalize its taste and insert only what we like.

You can really have fun with a good basic rum (we recommend using a white rum not too expensive) diced ginger root, star anise, whole peppercorns, whole cloves, cinnamon sticks and vanilla extract, but also lemon and orange peel. The important thing is to use minimal doses and get some experience with the infusion times of the spices in the bottle, not being in a hurry to achieve the result immediately.

It may take 1 or 2 days to get the spiced rum you want, but if you exceed the doses or infusion times you could get a rum that is too spicy and therefore undrinkable. To prepare it, just use a glass container with a lid, add the rum and spices and shake the infusion daily. After a couple of days, the color of the rum becomes more intense and you begin to feel the notes of the spices used: it's time for tasting and for the decision to filter or let the spices rest again.

As said, the tradition of spiced rum has very ancient origins. There are many, especially in countries of Anglo-Saxon origin spicy rum producers which are often consumed by mixology enthusiasts. To try this type of rum we recommend the Captain Morgan which represents a classic of this type of rum, characterized by not too intrusive olfactory notes, excellent for composing a Captain Morgan Cola.

Always suitable for cocktails, we would also like to recommend the rum Kraken at a slightly higher price, which comes from Trinidad and Tobago with 13 spices infused in the distillate aged for 24 months. Finally, also Bacardi Company with his Bacardi Oakheart has recently become part of the spiced rum family and has done so with a high-level product: it is a rum aged in American oak barrels - as per Bacardi tradition - which gives the rum an amber color.


The flavoring takes place in the next phase, with spices such as vanilla, honey, cinnamon, nutmeg and maple, creating a rum with hints of dried fruit and smoke, very pleasant and velvety. The Bacardi Oakheart it is sold in 70 cl bottles. or 100 cl. the latter format is ideal for those who want to delight in cocktails. Here are two Bacardi Oakheart-based cocktails:

Combine the ingredients in a shaker and mix. Pour into a tall tumbler filled with ice and serve.

Shake everything well in a shaker. Pour into a tall ice-filled tumbler and add a squeeze of fresh lime.