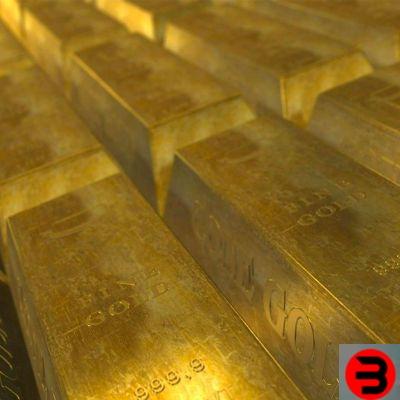 The history of rum Caroni it is one of those that have fueled the myth of rum, which has always been associated with distant lands and adventurous places and contexts. Caroni rum was actually born twice: the first when the distillery was founded in Trinidad and Tobago in 1918; the second when in 2004 Luca Gargano (one of the greatest rum experts to the world) in one of his raids on the island, he discovered a real treasure of barrels of Caroni rum, abandoned after the government closed the factories.

You can imagine his surprise when he discovered a large quantity of barrels of rum, also dating back to 1974, perfectly preserved with the inside rum aged for 30 years on a Caribbean island. From this rebirth and from reduced and unrepeatable quantity of Caroni rum Caroni - mania was born, which led collectors and rum lovers in general to compete for these very high figures high quality rum.

The origins of Caroni rum date back to 1918, in the north-west region of the island of Tunapuna-Piarco. At that time the distillery was part of the ten active distilleries, gradually reduced over time to the Angostura distillery only, due to the irreversible crisis in the cane sugar market. The huge estate of 312 km², crossed by the Caroni river, was able to produce cane sugar and molasses to make the distillery self-sufficient.

Over the years the distillery of glory Caroni it had several corporate passages, becoming for a period the exclusive property of the English company Tate & Lyles (at the time Trinidad was still an English colony) and expanding with the purchases of other distilleries on the island. Around 1960 the The best known rum produced by Caroni was the Caroni Navy Rum Extra Strong. In 1962 after the granting of independence by Great Britain to Trinidad and Tobago, conditions changed abruptly.

In fact, a few years later, the accession of Great Britain to the EEC made sugar production, due to the limits set by Europe on quantity and price, less and less convenient. In 1975 Tate & Lyles sold the company to the independent state of Trinidad and soon there Caroni distillery he began to find himself in economic difficulty, because the production of sugar was less and less exportable and the export of rum had also been reduced, which for the most part was used to create the daily ration of rum for the sailors of the Royal Navy.

July 31, 1970, the date of the last issue of Rum by the Royal Navy after 315 years of history, which went down in history as "Black Tot Day", also became the date that decreed the end of most of the exportation of Caroni rum. In the 80s, the state management of Caroni tried to differentiate crops by also introducing rice and citrus fruit without appreciable results given the continuous depreciation of sugar. The company's deficit continued to increase, leading the state to close the distillery in July 2003, which also resulted in the closure of the largest sugar cane crop on the island.

After the closure, the Caroni was purchased by the Angostura distillery, now the last on the island, scarcely interested in the production that had accumulated in the warehouses over the years. A few months after the closure of the plant, on December 9, 2004, the episode took place that brought the Caroni rum to be reborn and to assume the world relevance that it had never known before: it is the visit of one of the greatest experts and scholars of rum , as well as CEO of an Italian company for the distribution of spirits and spirits, we are talking about the Italian Luca Gargano.

Caroni, at the time was known in Europe only for Navy rum, but Gargano on a visit to Trinidad wanted to visit the factory, finding himself faced with two surprises: the first was that the factory was closed and abandoned, the second was that at inside there were still hundreds of barrels, dating back to 1974 perfectly preserved. A negotiation began that led him to buy most of the barrels, mostly composed of single vintages, not blended and "heavy" that is rich in esters.

Unlike John Barrett of Bristol Spirits who imported them to England, he decided to leave the barrels partly in Trinidad and partly in Guyana, At Demerara, to preserve its tropical aging. But the bravest choice that contributed to creating the myth of Caroni among rum lovers all over the world was to bottle the rum without diluting. These are 77%, 75% and 62% Overproof rums which, despite the initial skepticism, were unanimously recognized among the best rums in the world and which, given the limited stocks, except few exceptions they have reached dizzying prices and difficult to find.


The bottlings of Luca Gargano were completed by the unpublished covers that portrayed the ancient factory in ruins and later also the photos of some of the 9.000 workers who were fired following the closure of the factory, custodians of a long history of rum.

Among the many vintages bottled by Luca Gargano's Velier, according to expert judgment, the vintages '92, '94 and '96 stand out, stored since 2008 at Demerara Distillers in Guyana. It is not yet clear whether the years of aging in one of the most famous distilleries in the world have endowed these vintages with particular characteristics, the fact is that they enjoy a unanimous positive opinion from rum connoisseurs.

As said, talk about price for Caroni rum it is a very difficult topic to deal with, as alongside Velier and Bristol Spirits other bottlers have been joined, who have been awarded small lots before and after the closure of the distillery. The real difference between Velier and the other Caroni that can be found on the market is that the former are bottlings of "heavy" rum aged exclusively in Trinidad or Guyana, while in the other cases we are faced with blended rums with partial aging. to the caribbean.

This places the latter rums at a lower level, both in terms of price and in terms of consistency with the production area. The bottles of Caroni rum however they all have in common the fact that they are unrepeatable, therefore they are characterized by high prices and in some cases beyond the reach of ordinary rum lovers. There are various web shops where to buy the Caroni rum at the best price, but we recommend doing it on Amazon. Fast shipping, guaranteed and above all you will never risk losing your money. Payments are always insured and if you do register with Amazon Prime, you can receive the Rum at the best price on the web without unnecessary shipping costs.