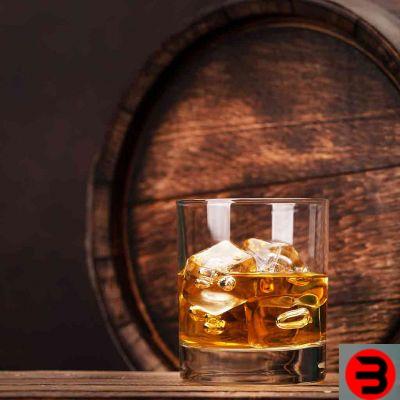 The XO classification for a distillate means Extra Old. An XO rum means aged for a while minimum of 6 years, unlike a Cognac XO or an Armagnac XO which will have a minimum aging of 10 years. Originally it was a classification method adopted exclusively by French Cognac, which included together with the XO denomination also those VSOP (Very Superior Old Pale) and VS (Very Special). Respectively we speak of minimum Cognac aging of 10, 4 and 2 years according to the AOC controlled designation of origin.

Until 2016, the minimum age allowed for the XO classification was 6 years. The reference to a minimum aging is determined by the nature of the distillates, which can be originated from a single vintage, such as the Whiskey Single Cask, or created - as in the case of the Cognac of Armagnac and some Rums - from the assembly of barrels of different vintages. For example, a Cognac XO could be a blend of barrels ranging in age from 10 to 16 years, but what will allow the distillate to bear the XO name will be the minimum age of one of the components.

Over ten years of age, all Cognacs are considered XO Cognacs and therefore in the case of XO spirits composed of minimum vintages exceeding this limit, the indication of the producer will prevail. As far as rum is concerned, the XO denomination is more recent, because this distillate has enjoyed less consideration for a long time than Cognac and Armagnac and therefore considered not deserving of the certification of aging. This gap was filled in 1996 by the AOC created by the producers of Rhum Agricole, ie del Agricultural Rum, who wanted to certify the spirits, also to free them from an often confusing market.

The Rum XO appellation it is due to the manufacturers of Rhum Agricole from Martinique. Later in the world other Controlled Denomination of Origin were born which applied the same denomination - as among others - to Guatemala and the island of Madeira. In the collective imagination and in the denominations also of many XO rums not regulated by a DOC XO rum however remains synonymous with Extra Old and therefore usually flanked by the most prestigious bottles of distilleries all over the world, whether they are produced with the distillation of molasses or produced with the distillation of sugar cane juice. Unlike other distillates, for rum the XO denomination is accepted both in the case of rum coming from a single vintage, and from rums produced with the assembly of different vintages, but always with a minimum aging established.

Rum aging it is not necessarily synonymous with goodness, but definitely involves considerable costs for producers, especially those who carry it out in hot countries as in the case of Caribbean rum. The porosity of the barrels in fact favors the evaporation of the distillate which can even reach 10% per year, resulting in a significant reduction in the marketable product. For this reason the distilleries take care in a maniacal way the aging of XO rums and often these spirits represent the proposal of excellence of their production.

In the world, XO rum has become synonymous with a quality rum and for this reason, more or less consistently it is used by many manufacturers. Briefly, the XO rums can be divided into the following categories: Rum XO Agricultural of Martinique, but also of Guadalupe and Marie-Galante; Rum XO of the Spanish school, such as those produced in Guatemala, Venezuela, Barbados and other Caribbean countries, mainly with the method Solera; rum XO single cask, that is produced with barrels of a single vintage.


In the world panorama of XO rums, the most coveted and most successful bottles are certainly those produced by Zacapa Distillery, which is unique for its production methods. In fact, the Zacapa rum is an XO rum. produced by distilling cane juice and not molasses and therefore similar to agricultural rums, but the result of a blend of rums assembled with the Solera method, like rums of the Spanish school. Even with regard to aging, Zacapa has adopted an innovative path, choosing to make this decisive productive step at altitude - at 2.300 meters - to combine perfect oxygenation of the rum with less evaporation.

Also in this case it is a blend of rum produced with the Solera method that can vary in age from 6 to 20 years. The peculiarity that makes the work of the distillery master blender fascinating and difficult is that the rum in this case, in addition to having different ages, is aged with three different types of barrels: ex-bourbon barrels, barrels already used for aging sherry and finally Slavonian oak barrels. From this mix of vintages and aging methods comes a highly appreciated XO rum that stands out for its dark mahogany color. On the palate it expresses a marked sweetness, linked to notes of honey, chestnut, with a background of cinnamon and dark chocolate.

The elegant bottle framed by an imitation leather box reminiscent of that of a crocodile, makes this XO rum prized, perfect for a gift. From Barbados, the land where rum was officially born, comes instead rum Bambu XO, which quickly established itself on the market just one year after its launch in 2019. The aging of this distillate is 18 years carried out using barrels that had already hosted bourbon and sherry. The agricultural rums of Martinique, despite having defined the concept of XO rum, rarely use this term, preferring to highlight the exact number of years of aging of the rum in cask.

This is especially true for the rums of J. Bally, that is the distillery that has introduced the theme of aging in the world of rum since the 20s, giving rum the dignity of a great distillate that it had never previously obtained. Its production of agricultural rum is characterized by a single year of aging, as in the case of Rum J. Bally 7 years o 12 years or from a harvest year as in the case of Vintage Rum 2002. Since these are agricultural rums subjected to strict protocols that regulate the type of sugar cane, fermentation and distillation methods, aging methods, we are however faced with higher-level certified XO rums, despite the wording is not shown on the label .

Rum XO where to buy them

There are various web shops where buy the best XO Rums, but we recommend doing it on Amazon. Fast shipping, guaranteed and above all you will never risk losing your money. Payments are always insured and if you do register with Amazon Prime, you can receive this directly at your home Centenary Rum at the best price on the web and especially without unnecessary shipping costs.