How to produce the Rum 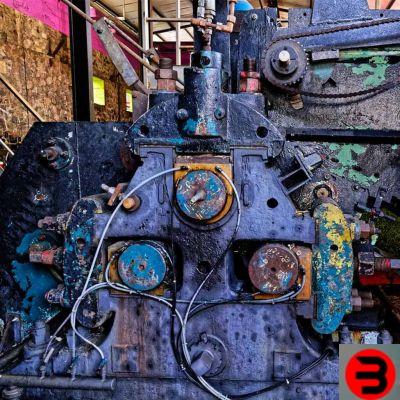 How rum is made

Rum comes from the cultivation of sugar cane. Once this plant grows it is cut and squeezed in a mill until a thick, sweetish juice. At this point to obtain the Rum you can proceed in different ways that give life to more or less sophisticated Rum. A widespread technique especially in the French Antilles is the directly ferment the juice obtained to produce the Rum. This approach allows you to preserve the characteristics of the product and the flavor of the sugar cane but it has limitations in production as it can only be distilled for a limited period of time.

Another method used mainly in the past is based on transformation of the juice obtained by pressing into syrup. In fact, the juice is cooked at high temperatures and then concentrated in a denser solution which is then fermented. In this way it is possible to make Rum all year round and not only during the harvest period, making the production more profitable and fruitful. Finally, modern industrialization has led the production of Rum to be more automated and starting from a molasses base. Molasses is obtained from sugar cane from which, once centrifuged, a juice is obtained which is heated until separation from the sugar crystals is obtained. This dark and sweetish compound that is obtained is molasses and it is a powerful natural sweetener often used in both industrial and home confectionery.

What is the difference between one rum and another?

What really differentiates a rum from another, even if produced using the same processing technique, is the distillation and fermentation. These, in fact, differ from different distilleries and together with the method of cultivation of sugar cane characterize the final flavor of Rum. Fermentation can last from a few hours up to two weeks.

It can be done naturally using yeasts present spontaneously in the environment or added in the laboratory by producers. Indeed in certain climatic and environmental conditions it is necessary to add yeasts in the laboratory to activate the fermentation of Rum which otherwise would not take place. Distillation also changes depending on the distillery and there are different techniques that can be used. The key principle is to heat the product in a hermetically sealed container up to at least 80 ° to allow the alcohol to evaporate. In this way it is possible to create the base liquor from the alcoholic vapors which are condensed again. Distillation, however, is a very varied and complex process e small changes made by the distilleries allow the rum to have different flavor notes and give the quality of this product.

At this point, a rum was obtained with an alcohol percentage that varies between 75% and 97%. Many producers, especially in the Caribbean area, prefer to bottle the rum in order to distribute it for sale. Others, on the other hand, opt for let it age in wooden barrels which, once again, change the taste and flavor of the liqueur. Ultimately although the Rum production is made by a few steps, the changes made by the distilleries make this product one of the liqueurs with the greatest variety of results obtainable and therefore more assorted.

add a comment of How to produce the Rum