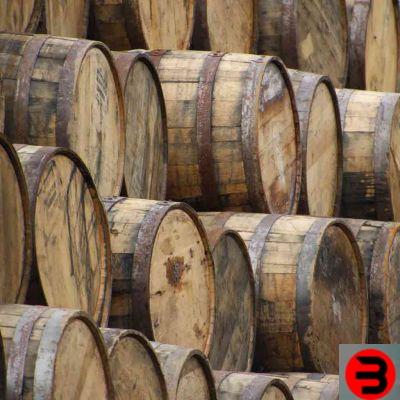 Rum Solera: what is meant?

Very often in the labels of rum bottles we come across the word ra solera, but what does it really mean? Meanwhile, we can be almost certain that it is a ron and not a rum, that is, a rum of Spanish origins. So it is Zacapa Centenario 23 Rum Solera produced in Guatemala, as well as Santa Teresa 1796 Solera made in Venezuela or the Ron Matusalem Grand Reserve 15 years originally produced in Cuba, they share the fact that they are produced in countries colonized by the Spaniards.

This is because the solera aging method it originates in Spain, more precisely in Jerez de la Frontera in Andalusia and it was used to age Sherry. In addition to the stills, the Spaniards, like the French and the English, also imported this method of aging, which it is based on blending different vintages of rum, creating a blended product, usually referred to as the year of the oldest rum.

The term solera in Spanish indicates the lower millstone, in this case we are talking about distillates rum placed at a lower level, close to the ground. It might seem a derogatory term, but it only indicates the lower row of a high pile of barrels from which the rum will be extracted for its marketing. In fact in the solera aging method the barrels are superimposed on criaderas (rows of barrels) in piles that form a trapezoid, which can reach 20 different levels. We will begin to fill the barrels at the top and then over the years transfer part of the aged rum to the lower ones and at the same time replace the old rum with new rum.

So whenever rum is taken from the bottom row for bottling, these barrels are filled with rum from the top row. A cascade system that leads to identify for each row the age of the rum contained, as a sum of the age of the rums that compose it. Naturally it will be the task of the master ronero who works in the distillery to taste the rums and establish the amount of racking, but in any case with this technique rums with almost constant taste quality are obtained.

Rum Solera and the dispute over the vintages

We can understand how establishing the age of a rum in this condition becomes a very complicated practice, a non-trivial mathematical exercise, given the extent of tapping and racking that can vary over time. What the market is aiming for is of course declare the age of the oldest rum which is part of the blend in the bottle, as in the case of Zacapa Centenario 23 Rum Solera which is composed of a blend of rums aged between 6 and 23 years.

The approach of the Ron Matusalem Grand Reserve 15 years produced in the Dominican Republic, but originally from Cuba, which since its origins indicates an average aging of rum of 15 years: it may mean that the youngest is 6 years old and the oldest 24, but it remains a difficult fact to verify. Finally, the approach of Venezuelan rum Santa Teresa 1796 Solera it is simply not to indicate any type of average aging in the name, making it explicit only on the label which refers to an average age of 25 years.

Beyond the ages and denominations, it is a working methodology that usually indicates distilleries that operate with great professionalism and passion and therefore the word solera is synonymous with great rums of Spanish origin and of constant quality over time.

The best Solera Rums to try

Solera aging, Also known as Solera method, is an aging technique that varies depending on who applies it. What is certain is that today we can find prestigious rums made with this method on the market. Here are 5 recommended rums ed aged with the Solera method.

Quorhim rums are produced in the Dominican Republic. Quorhum 30 Old Vintage has a dark, amber color and hints of coffee, creme caramel, bitter chocolate and vanilla. On the palate it is a rum with a finish that is round and intense.

Produced by Casa Botran in Guatemala, the same company that also produces the line Zacapa. It comes from virgin sugar cane honey, rather than from molasses. The processing to obtain this "honey" starts from the juice of the sugar cane from which no sugar crystals are extracted. The The rum thus obtained is aged with the Solera method in warehouses located on the peaks of Guatemala, a place where temperatures are milder and consequently optimal. In this case port and sherry barrels are used. Mahogany in color, with notes of sultanas, vanilla and a light touch of spice, ending in a slightly smoky finish.

Produced in Costa Rica with the Solera method, Ron Centenario 20 shows an intense mahogany color and coppery reflections. The scent of this rum gives off notes of ripe fruit, vanilla and a very light hint of tobacco. The soft finish also reveals notes of cherry and the sweetness of vanilla.

The Hechicera is prepared starting from one selection of rum with the Solera Method and produced on the Colombian coast, under the supervision of the great Maestros Roneros Giraldo Mituoka. The Hechicera has an aging that varies from 12 to 21 years. This Rum is sugar-free, copper-colored and with an extremely strong aroma.

Rum Matusalem 15 it is prepared in the Dominican Republic starting from a selection of rum aged with the Solera method. The result is an incredible rum with an intense golden color and hints of fruit, vanilla and cocoa.