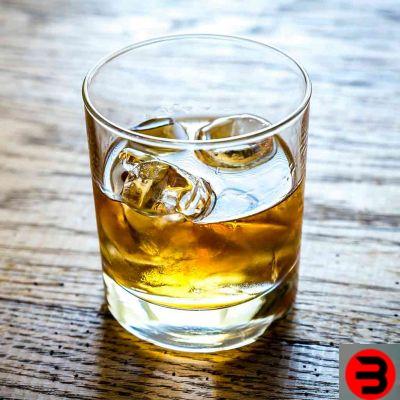 The rum tasting it can be carried out during aging, to verify that this delicate process proceeds correctly, or it can take place when bottling has already taken place, to evaluate the distillate already on the market. In the first case rum tasting it will be a technical operation carried out by the cellar masters to assess whether the rum being produced has the requisites required by the distillery's production regulations, that is, the characteristics that determine the appreciation of those who buy it.

In the second case, the rum tasting represents the tasting by enthusiasts, connoisseurs and reviewers of the rum product already bottled and is aimed at establishing the visual, olfactory and palate quality of the rum in question. This second type of tasting, if carried out by critical experts or reviewers, will have a number expressed as a percentage as the final formulation of the judgment. Usually a great rum will have a percentage rating that is around 90%.

Rum tasting in the cellar

The tasting of rum in the cellar it is aimed at checking how the aging of the distillate is proceeding, that is its maturation and iteration with the barrels and the surrounding environment. These are technical tastings that allow cellar masters to assess whether the distillate is in line with the natural evolution of rum and if the characteristics are similar to those of rum already previously placed on the market. The operation in the case of rum coming from a single barrel and vintage is very complex, because since rum is a "live" distillate, strongly conditioned by the wood, the environment and the temperatures in the aging phase, it could rarely have the same characteristics of different vintages.

By now, however, the market appreciates this peculiarity and many of the most prestigious rums, as well as wines, proudly report the year in which the distillate was placed in the barrels. In the case of blended rums, that is, created with different vintages of rum from the same distillery, often using the method Solera, the operation is easier because the master blender will be able to dose the different vintages to reproduce colors, aromas and flavors typical of the distillate. This is the case of the rums produced by the famous distilleries such as Zacapa, Santa Teresa and many others characterized by the blending of rum which can vary even from 6 to 30 years of aging.

Tasting a rum already bottled, it means to technically evaluate the success of a product. For commercial products such as rum Diplomatic, Matusalem, Eldorado and others that dominate the international market, the tasting can often be limited to a cyclical tasting only to verify that the rums have maintained their characteristics: after all, these sacred monsters of rum would have no interest in modifying products that are appreciated by millions of people.

For rums that are not blended that is, coming from a single vintage, each tasting can be a real discovery, because the same rum from two different vintages can have surprisingly different characteristics. Rum tasting will usually cover three aspects:

Rum tasting on the palate.

In this phase, the reviewer will express a preliminary judgment on the bottling, the label and the cap that distinguish the packaging of the rum. Understanding the origin of the distillate will provide the taster with important clues about the type of rum and what can be expected in terms of terroir, production location and aging. Subsequently he will focus on the visual aspect of the actual distillate, which serves to understand the type of rum, its aging in cask and its chromatic pleasantness in the glass.


Many are convinced that darker rum is better, but rum critics know that this characteristic is determined by the chemical reactions that occur between the barrel and rum, the type and aging of the barrels themselves and the environmental conditions. So in this phase the consistency between color and type of rum will be fundamentally judged and its density will be observed.

A fundamental aspect of rum tasting and its olfactory aspects as well as the palate is to allow the distillate to "breathe". Once poured into a balloon-type glass (in the case of long-aged and high-alcohol rums), the distillate will have to rest for a few minutes, in order to express its aromas.

Smelling the rum, you will be able to perceive hints of caramel, coffee, vanilla, tobacco, cocoa, dried fruit, fruit and citrus fruits, wood, spices and others that derive from the aging in barrel of the distillates and from the characteristics of the juice or molasses of cane knows sugar. To carry out this analysis, small inhalations are carried out by moving the glass away and approaching quickly, preferably warmed by the heat of the hand.

Rum tasting on the palate

As already mentioned for the olfactory aspects of rum, even for tasting it on the palate it is essential to let the rum rest before tasting it. Here the tannins come into play which in rums have a very significant part being distillates often aged for a very long time in wooden barrels, resulting in a very important tannic presence. As for the great wines and the most prestigious spirits, the terroir is a fundamental element to be able to judge rum: each type of rum has unique characteristics and the critic must know how to grasp the consistency on the palate with respect to its origin and history.

For example, an aspect on the palate that is often perceived and appreciated in the great rums of Spanish origin, as in Cuban and Venezuelan rums, is the roundness, which also makes you appreciate high-alcohol spirits by reducing the alcohol content. The same roundness will not be perceived in an agricultural rum without for this constituting a defect of the distillate, given that its main prerogative is given by the strength of its sweetness, by the dry taste and by the important alcohol content. Therefore, depending on the origin, the rum may have very different characteristics such as being full and full-bodied, light, soft, silky, dry, woody but in any case it will be up to the reviewer to establish its consistency with the type of rum.

There are various web shops where buy the rum tasting glasses, but we recommend doing it on Amazon. Fast shipping, guaranteed and above all you will never risk losing your money. Payments are always insured and if you do register with Amazon Prime, you can receive the Indian rum at the best price on the web and especially without unnecessary shipping costs.