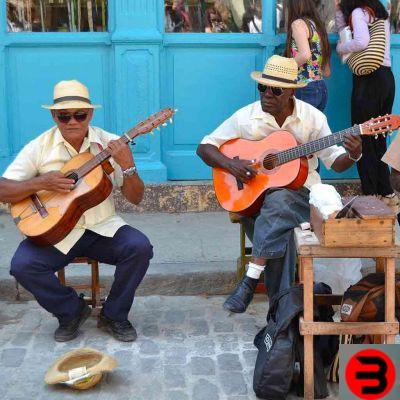 Rum from the Caribbean

It is enough to hear the word spoken rum, oppure ron o rum, so that the minds of many of us make an automatic association: Caribbean. The association between rum and the Caribbean it has been told to us over the years by adventurous books, successful films and actually testifies to an essential link between these fascinating lands and the sugar cane distillate.

The fact that the same distillate is called in three different ways, rum, ron and rhum explains a peculiarity of the distillate from the Caribbean: despite being produced in relatively close islands, it is the result of three decidedly different cultures such as the English, Spanish and French. The great colonizers of the Caribbean have brought with them a different cultural approach which has also resulted in three different Caribbean rums, all however at the top of the quality of world rum.

It is interesting to note how cultural and commercial interchange relations between such close lands remained practically zero for centuries, allowing the various cultures of the islands to maintain a very marked identity. Even today, moving a few kilometers away, it is possible to meet completely different Caribbean cultures and rums.


The British rightly claim the origin of the production of rum, initially intended to supply the sailors of the Royal Navy, the Spaniards believe they have made it more refined by smoothing its angularity with the import of aging techniques such as Solera, the French claim to produce the only true rum using sugar cane juice instead of molasses.

Also from the point of view of distillation, the English school derives from that of whiskey, the Spanish one from Brandy and the French one from Cognac, with differences in the distillation stills and in the production methods.

They actually exist excellent rums from the Caribbean regardless of the culture that influenced them and that they maintain peculiarities that are immediately recognizable by rum experts. Schematically, the production countries - including those bordering the Caribbean Sea - divided by rum culture are:

Rum of the Caribbean: common characteristics

In fact the feature that should unite all the Caribbean rum, beyond the sugar cane production area and the rum production area, is the aging area. Why is it so important that a Caribbean rum is aged in the places of production? The reason is to be found in the different interaction between barrels and the environment that occurs if the distillate is aged in countries with a temperate climate such as Europe rather than in areas characterized by often high temperatures and humidity typical of the Caribbean.


This leads to two consequences that have qualitative but also economic repercussions. From a qualitative point of view rum aging in the Caribbean it elevates its quality, enhancing its olfactory richness and on the palate. Luca Gargano, probably the greatest rum expert in the world and for a few years also the producer of his rum Rhum Rhum, he wanted to demonstrate - during a blind tasting held in Paris - the difference between aging in the Caribbean and that in Europe. He submitted two versions of his 2010 Liberation aged one in Marie Galante (Guadeloupe) and the other in Bassano del Grappa at the headquarters of his partner distiller Gianni Capovilla.

The result was unanimous in rewarding the quality of the aged rum in the Caribbean. From an economic point of view, the aging of rum in the Caribbean causes a much higher rate of evaporation (Angels' Share), which can vary from 6 to 8% with peaks of 12%, against a European average of 1-2%. It follows that a liter of rum aged in the Caribbean after fifteen years will be reduced to about 30 cl. while a liter of rum aged in Europe will be reduced to about 75 cl. A big difference in terms of yield! Talking about the aging of a rum for 15 years has no meaning unless it is clear where the rum was aged.

The last element, but perhaps the most important from an ethical point of view, lies in the different honesty between those who produce and age in their distillery, controlling all aspects of the process (as for the great wines and spirits of the world) and those who simply bottles rum. produced in the Caribbean, aging it elsewhere without the consumer being able to trace its evolution.

To clarify and make the production and aging process more transparent, some countries and associations have moved that are contributing to greater enhancement of Caribbean rum. The first to move in this direction was France which created in 1996 the specification dedicated to a rum for the Rhum Agricole of Martinique, based on the rules that already govern the major French wines and spirits.

In the specification of the AOC, which translated means Denomination of Controlled Origin, the provenance of the sugar cane, the quality of the vesou (pure cane juice), the type of yeasts for fermentation, that of the stills, the alcohol content and the modalities of aging. All operations including aging must take place in the homeland. In 2003 also Venezuela, through the Autonomous Service of Propiedad Intelectual (SAPI), provided the country's rum with a Controlled Designation of Origin.

The disciplinary in this case is much less rigid than that of Martinique, providing exclusively: the use of national molasses; minimum aging of two years (4 for the younger rums used in the premium and super premium blends); aging in Venezuela with the use of American white oak barrels; the alcohol content between 40 and 50 volumetric degrees. The following have adhered to this specification: Ron Añejo El Muco; Ron Bodega 1800; Ron Cacique; Ron Canaima; Ron Cañevara; Ron Carupano; Ron Diplomatico; Ron Estelar; Ron Ocumare; Ron Pampero; Ron Roble; Ron Santa Teresa; Ron Veroes. Since 2013, Guatemala also has a DO (Denomination de Origen) Ron de Guatemala.

This specification establishes the Guatemalan origin of sugar cane, the production originating from sugar cane juice and not from molasses, the aging area (Quetzaltenango, a mountainous region of Guatemala) and the type of barrels (already used to age whiskey American, Sherry and Port). Ron Boltran and Ron Zacapa. Since 22 January 2015, some French rums have obtained the PGI (Protected Geographical Indication).

Among them there are some Caribbean rums such as: Rhum de la Guadeloupe; Rhum Agricole de Guyane. Always in the wake of those who wanted to enhance the rum of the Caribbean, but this time at a supranational level, the Authentic Caribbean Rum was born in 2009, a consortium that involved some rums, ron and rums from Antigua and Barbuda, Bahamas, Barbados, Belize, Dominica, Dominican Republic, Grenada, Guyana, Haiti, Jamaica, Saint Lucia, Saint Vincent and the Grenadines, Suriname, Trinidad and Tobago. The disciplinary to which they have adhered among others Demerara Distillers with his famous rum El Dorado together with about twenty prestigious Caribbean rum brands, it has been drawn up to proudly reaffirm the primacy of these rums with 400 years of history and their link with the lands of origin.

The specification establishes the characteristics of the "Authentic Caribbean rums":

Made from sugar cane juice, syrup or molasses produced in the countries belonging to it;

Distillates below the volumetric value of 96% alcohol;

Without the addition of additives, with the exception of modest quantities of caramel for coloring;

With indication on the label of the age of the youngest rum, in the case of a rum blend. If rums aged between 12 and 25 years coexist in the same bottle, the rum must report on the label “aged 12 years”.