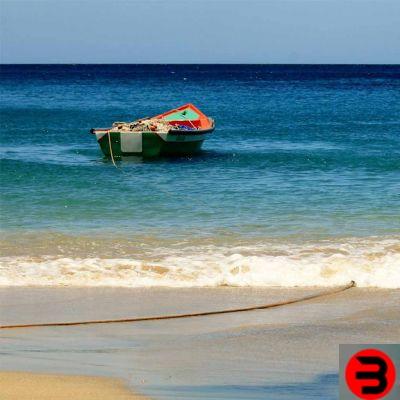 Now brands like J. Bally, Saint James, Neisson, Depaz, Clement are well known in the world as the agricultural rums of Martinique, but the process that brought them to their deserved success lasted almost three centuries. The production of rum in Martinique has very ancient origins, which date back to the end of the 17th century when Father Jean-Baptiste Labat (1663-1738), Dominican missionary, botanist, engineer and writer, went to the West Indies. He will manage and develop the sugar refinery of the convent of the Saint-Jacques Fund, optimize the production of sugar and improve the production processes of tafia (the ancestor of rum), importing Charente stills designed for the production of the "eau ardente", ancestor of cognac.

The production of agricultural rum as it is understood today, it is more recent, that is, dating back to the 30s of the 19th century, when beetroot definitively supplanted cane in the production of sugar. Due to the market crisis, the sugar refineries on the island decided to start producing sugar cane juice to be distilled, creating a rum which, in terms of aromas, aromas and the presence of congeners, was clearly distinguished from those of molasses.

For many years the consumption of agricultural rum from Martinique remained limited to local use, or sold to European bottlers who blended it with low-value spirits, but producers were becoming aware of the distinctive features of rum from Martinique compared to a market made up mostly of poor quality rums. A long process then began that led the 12 major distilleries to regulate the characteristics of their products and since 1973 the labels of the best rums on the island reported the definition of "Martinique Agricultural Rum”Thanks to the authorization of the ministry of agriculture which guaranteed the first standards of geographical indication and production methods.

After a further 23 years of disputes and adjustments, finally in 1996 a single denomination of agricultural rum from Martinique. The disciplinary that regulated the production of agricultural Rum of Martinique, or rather AOC Rhum Martinique (as defined by the French AOC) is very detailed and takes into consideration all the stages of rum production, which goes from the Terroir whose definition starts from the cultivation area, to its aging. To belong to the "Agricultural rum AOC Martinique“, The sugar canes to produce the rum must come from 23 municipalities in Martinique belonging to three geographical regions, namely: Arrondissement of Fort-de-France; Arrondissement of La Trinité; Arrondissement of Marin.

The yield in tons per hectare of sugar cane is limited to counter the use of fertilizers and thus the disciplinary of the Agricultural rum from Martinique establishes a maximum yield of 120 tons per hectare (even if the average on the island is much lower, about 72) against a world average of over 150. The canes must belong exclusively to the Saccharum officinarum and Saccharum spontaneum families or their hybridizations, while it will not be possible to use transgenic rods and the rods must in any case be part of an approved variety. The agricultural rum specification of Martinique also establishes the harvest period by limiting it to the interval between January 1st and August 31st.

Naturally the juice, cold extracted with traditional mills, can come exclusively from these types of cane and neither syrup nor molasses can be added to this juice. Fermentation must be carried out in open tanks and can take place using only native yeasts. The distillation plants must consist of traditional stills (Colonne Creole) powered by steam and the rum of the Martinique at the end of the distillation must have an alcohol content ranging from 65% to 75% at 20 ° C. Subsequently, the agricultural rum of Martinique will be diluted to decrease its alcohol content.

Types of agricultural rum from martinique

As shown above, the steps of production of agricultural rum AOC Martinique they are subject to controls throughout the process that goes from raw material to distillation. A final aspect, but also decisive for its economic impact, is that of rum aging. Of course, letting rum to rest in barrels has a cost, particularly high in the Caribbean where Angel's share, that is the share of rum evaporation from the barrel, is much higher than the European one and can reach 10% per year.

Therefore, contrary to other random classifications in the world of rum, the agricultural Rum AOC Martinique has decided to divide the categories of its rums in a rigorous and certified way, on the basis of what was already happening for French Cognacs. The categories into which the agricultural rums of Martinique are divided establish the minimum aging limits and are the following:

Blanc: colorless and aged in cask for at least three months;

Elevè sous bois: aging in barrels for at least 12 months;

Extra Vieux: aging in barrels for a minimum of 72 months (6 years);

Recently the opportunity has been given to use oak shavings in the distillate, to give the AOC agricultural Rum from Martinique a more intense color, in line with market trends that tend to prefer dark rum.

From the multitude of distilleries and rum brands existing in Martinique at the beginning of the 900th century the current situation was reached with the reduction of brands to just over 10. This did not, however, lead to a qualitative reduction of rum from Martinique, perhaps the only one in the world capable of producing only certified rums whose bond with the terroir is very strong. For example, some of these distilleries still use practices, such as feeding the stills with bagasse (waste from the processing of the cane after its pressing) which draw on ancient techniques, testifying to methods that respect tradition and the environment. Below is a list of the main brands of rum of Martinique with a quick presentation of the distilleries and the official videos of the distilleries.

This old distillery was founded following the purchase in 1887 by the politician Métis Homère Clément of the Habitation sucrière de l'Acajou. In 1917 Homere Clément decided to found the distillery to satisfy the growing demand of the soldiers engaged in the First World War, continuing uninterrupted the production of Clement agricultural rum until 1986 until the purchase by the Bernard Hayot group. He Rum Clement it is now distilled in the Simon factory, also located in the commune of François. In Habitation Clément there are still the aging cellars as well as the other operations linked to production. Since 1996, Clement rum has been part of the AOC Rhum de Martinique and the Habitation has acquired new cellars. In this video you can see a presentation of the company.

The history of JM rum ​​begins in 1845 in Macouba, a village located in the north-east of the island, near a river and near Mount Pelée. The distillery is part of a 300-hectare estate - the Fonds-Préville - whose foundation date dates back to 1790. The family of the founder Jean-Marie Martin - whose initials the name of the rum is inspired by - ceded the distillery in Gustave Crassous de Médeuil. After that there was a further change of ownership in 1914 with the sale to the group by Bernard Hayot, who also owns Rhum Clément. Here is a video in which you can also see the natural paradise in which this excellent agricultural rum is created.

The A1710 distillery occupies the main and historical site of Martinique southern, the Habitation du Simon. Over the past three centuries this place has combined its history with that of sugar cane and rum. The current estate benefits from a majestic land where sugar cane plantations flourish. A1710 white rums are distilled exclusively from sugar cane juice in a copper still called Le Belle Aline, equipped with a tray column. The old rums of A1710 are instead carefully aged in French oak barrels in the Habitation du Simon cellar. Once developed, the cuvées are assembled in barrels previously used for cognac where they benefit from a six-month finish. The rums are then placed by hand in numbered decanters. The A1710 distillery only produces rums of the A170 brand. Here you can see a video presentation of the distillery.

Cradle of the Depaz brand, La Montagne in Martinique it was originally an agricultural estate founded in 1651 by Jacques Duparquet, the first governor of the island. Even today, Martinique's sunlit sugar cane, volcanic soils and extremely pure water contribute to the exceptional taste of Depaz rums. Thanks to these strengths, Depaz rums have benefited from the Martinique Appellation d'Origine Contrôlée since 1996, a denomination that expresses the intimate link between natural elements, water, sun, earth and the know-how of men. and of the women of Depaz, perpetuated over the generations. The Depaz distillery produces rums of the Depaz and Dillon brands. Here you will find a video presentation of the Depaz brand.

La Favorite distillery is located on a 62 hectare sugar cane plantation. This does not completely cover the needs of the distillery which is integrated with productions of independent growers. All sugar cane cut manually. This feature makes the juice fresher and of better quality by damaging the roots less and therefore favoring the re-growth of the cane. La Favorite ages its rums in oak barrels which have previously contained whiskey or cognac, which have the ability to extract the most aggressive tannins. Below is a video presentation with a visit to the company.

The history of the Maison La Maunyè very old and dates back to the mid-1749th century. In 1820, Ferdinand Poulain, Count of Mauny, advisor to the King of France, landed on the island of Martinique. The noble falls in love with the daughter of a landowner from an estate located in Rivière Pilote, in the south of the island. After the wedding, the plantation was renamed: Domaine La Mauny. The estate is dedicated to the production of sugar and also produced tafia, the ancestor of rum. From XNUMX the distillery was created inside the plantation. La Mauny rums are a magnificent example of the know-how of the distilleries on the island of Martinique. The La Mauny distillery produces rum for the La Mauny, Trois Rivières and Duquesne brands. Here the official video of the La Mauny distillery.

The history of the Neisson rum brand begins in 1932. That year the brothers Adrien and Jean Neisson bought the Thieubert house in Carbet, located near Saint-Pierre, at the foot of Mount Pelée, in Martinique, to found their own distillery. Since 1932, three generations have managed to preserve a know-how deriving from the greatest Martinique tradition, which enhances the unique characteristics of the sugar cane of this area of ​​the island, characterized by volcanic soils. A peculiarity of the Neisson rums is linked to the minimum aging of the Vieux rums which can even reach five years. Here you can find a nice video that illustrates all the phases of the Neisson rum processing, from the still amorous harvesting of sugar cane to the labeling of the bottles.

We have been able to provide in 99% of times, the solutions that users were looking for when consulting our page.