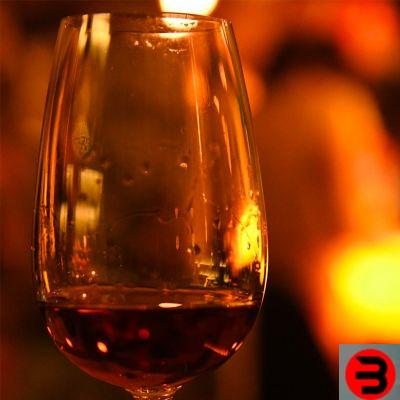 The Demerara Rum it is one of the finest Rums, but there are few bottles that can boast of this label. The reason is very simple: it can be called a Demerara Rum just that delicious liquid that comes from the distilleries of the Guyana. This is his story.

The aromas give their characteristic in particular to the Navy Rum and Dark Rums qualities. They are the stills in which rum is distilled to give the product its aroma, stills so old and still partially made of wood as to constitute a real heirloom, and which are rigorously used.

It is the water-repellent 'greenheart' wood, which is joined by the 'replica', that is the final part of the distiller, in particular the Charentais type. The replica conveys the vapor of the distillate into a vessel which loads it with other aromas and is then sent back to the distiller. That's why i Demerara Rums are more aromatic than the others.

Not everyone knows that the name Demerara itself was born as a union of two ancient terms, which are Immenary and Dumaruni, which conjugated mean 'river of wood'. Nothing more appropriate could define this product, given that the Rum originates in the Demerara River region of Guyana, where the prized cane sugar used to make rum was grown.

So valuable that the British brought together all the distilleries in the area into a single one, the one still functioning today. This is the Diamond Distillery, active since 1975, that is after more than 10 years have passed since the region's independence.

Among other things, a region so favorable for the cultivation of sugar that this product was also shipped to England under the name of Demerara Sugar. This sugar is the secret of the product, able to make the molasses even more powerful, to be then used in the production of the same rum.

To define the brands of Rum that use Demerara, and which therefore can apply the much sought-after label on the bottle, we generally refer to the name of the still in which they were distilled.
Thus is born the precious'Eldorado', available in the aged versions of 8 years, 12 years, 15 years and finally 25 years, distilled in the still called Port Mourant, in wood.


The other alembic from which the El Dorado range is born is called 'Enmore', also in wood. There are some brands that have been recognized by Demerara for over a century and a half. Among these we must undoubtedly mention, in addition to El Dorado, the OVS of Scottish import since 1838, then again the 'Lambs Navy Rum'.

The 'Watsons', the 'Skipper' and the unmistakable 'Lemon Heart' are added to this list. Finally, the 'Nation Demerara Solera' and the 'Port Mourant' Vellier aged 30 years are added to this by no means exhaustive list. Remaining on the subject of Vellier then, we distinguish the varieties (always referable to the relative stills used) Enmore, or Albion, the Skeldon, the Blairmont, in addition to the aforementioned Port Mourant.