Information about the Voll-Damm Beer

Voll-Damm is a Märzenbier-style beer from the Damm brewing company. To make Voll-Damm it, twice as much malt is added to the recipe, which intensifies its body and taste.

At ForBeerLovers we want to give you all the information about beer  Voll-Damm so that you can learn more about the history of this brand and why it is one of the most popular and consumed globally. 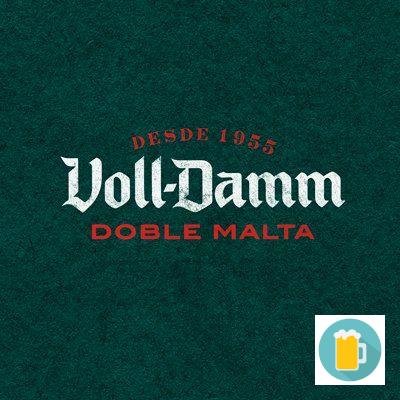 The beer Voll-Damm is presented as a quality brand within the reach of anyone and 100% natural, that is why it is brewed with the following ingredients:

If you want to know the nutritional contribution of Voll-Damm, here is a list with the most outstanding values:

Damm made its first Märzenbier in 1953, after buying the Turia brewery in Valencia. The first years were only produced from the month of October to April, while the rest of the year the production was stopped. That's because there were no cooling systems like those of today (and it's clear that such an intense beer needs to be drunk cold). The last batch was produced in March, and had to withstand the high temperatures of summer. Therefore, twice as much malt was added to this batch, which ensured the stability of the yeast during the summer months.


It was in 1955, due to the great success obtained, that it was decided to manufacture uninterruptedly. It was baptized with the name of Voll-Damm . "Voll" in German means full, complete. The name suited a strong, intense and full-bodied beer very well.

During the first years of the history of Voll-Damm , this renowned beer brand was given a variety of awards, among which the following stand out:

As we mentioned earlier, beer Voll-Damm is only one of Damm's beers. In other words, it Voll-Damm is a type of beer within the great brand.

The double amount of malt in the recipe is Voll-Damm remarkable, which makes it a very strong product. With double the flavour. Twice as much body. It's something you notice in the first sip.

It Voll-Damm receives its first bitter hops in the brazier, and later just before the fermentation process begins a new hop is added from the highly regarded and prestigious Bavarian Hallertau region.

Information of the Leffe Beer

Add a comment from Information about the Voll-Damm Beer