At ForBeerLovers we want to give you all the information about  Keler so that you can learn more about the history of this brand and why it is one of the most popular and consumed globally.

Information about Keler BeerThe beer Keler is a lager type beer brewed by Damm in Spain. The origins are in Donostia when the Kutz brothers started brewing beer in their house in Ategorrieta.

In ForBeerLovers we want to discover you all the information about Keler so that you know better the history of this brand and why it is one of the most popular and consumed worldwide. 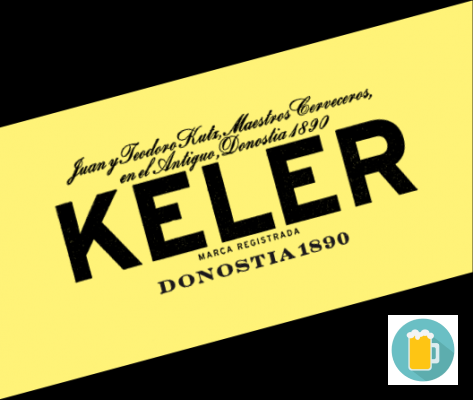 The beer Keler is presented as a quality brand within reach of anyone and natural, so it is made with the following ingredients:

Since its foundation, it Keler adds tradition, roots and vision of the future, making it an authentic beer. With the personality of its place of origin.

It all began in the mid-19th century, with the arrival of the Kutz brothers in Donostia, who started brewing at their house in Ategorrieta. In 1872 they opened their first brewery in Chofre 19, and a decade later they inaugurated the Antiguo brewery.

In 1888 the first prize arrived: a Silver Medal at the Universal Exhibition in Barcelona.

A taste that is still internationally recognized. A flavour that brings the intensity of our land to the whole world.


Today it Keler is marketed in different formats, maintaining in all of them the flavor of their land

During the various years of beer Keler history, it was not difficult for them to climb to the top. That's why, with a lot of effort, they managed to win the following awards: