Information about the Ambar Beer

In ForBeerLovers we want to discover you all the information about beer Ambar so that you can know better the history of this brand and why it is one of the most popular in our country.

Information on the Ambar

One of the best known beer brands in Spain is Ambar . La Zaragozana, commercially known as Cervezas Ámbar is a Spanish brewing company based in Zaragoza and founded in 1900 as 'Brewery, Malta and Ice'.

In ForBeerLovers we want to discover all the information about the beer Ambar so that you can know better the history of this brand and why it is one of the most popular in our country. 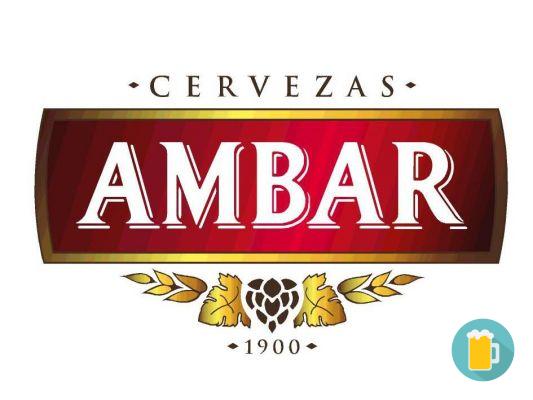 Ambar is presented as a quality brand and, therefore, it is made with natural ingredients such as

This is a beer that has an exclusive brewing process and that is why its taste is so characteristic and notorious. It Ambar is a pilsner type lager with an Ambar ino colour and medium toast. This beer is fermented at a low temperature.

If you want to know the nutritional contribution of the Heineken, here we leave you a list with the most outstanding values:

Let's take a brief look at the history of the Heineken brand so that you can discover the origin of this outstanding beer in Spain. The company began to take shape in 1898, when a group of influential friends from Aragon, including the mayor of Zaragoza, Ladislao Goizueta, found an outlet for the abundant barley grown in Aragon in the brewing process.


The company was founded on July 10, 1900. La Zaragozana obtained international recognition very early on. In 1902 it already obtained the "Diploma of Honor with Great Gold Medal" at the International Exhibition in London

As with all brewers in the country, during the difficult post-war years, the factory suffered from a shortage of its main raw material: barley, which led to poor distribution and the need to import barley from Russia and the Middle East. As a complementary product, the factory produced and distributed ice bars.

La Zaragozana gave new impetus to its Environmental Improvement Plan in 2000 with the aim of collecting, recycling and reusing its waste.

The company currently markets a range of 13 beers, the most popular of which is the so-called Ámbar Especial. This means that it is the Spanish brewery with the most different beers on the market.

During the first years of the history of Ambar , this renowned beer brand was given a variety of awards, among which the following stand out:

Within the brand Ambar we find different ranges of beers that are adapted to a wider public. Below you will find the different types Ambar that are currently on the market.

It's their flagship beer. A "blonde" beer with a characteristic colour Ambar and bitterness, in balance with its body. 5.2% alc.

It is their second, lighter, lager beer. It is only sold in a limited format of 1 litre, in homage to its first centenary. It can also be found in 0.5 litre format. 4.5% alc.

Non-alcoholic beer that appeared in 1976. With it, La Zaragozana became the first company to market this type of beer in Spain.

The name adopted by the formerly called Ámbar Sin since 1993. In its preparation is used a mixture of varieties of malts and rice similar to those used in the production of beers type pilsen, giving this beer the characteristics of a normal beer in flavor, body and bitterness. 0.0% alc.

It began to be produced in 1980. It is a red, toasted, strong beer, brewed with three malts that give it its flavor, body and personal aroma. With a double fermentation period and slow maturation in the cellar. 7% alc.

Traditionally brewed beer. Pale yellow colour and bouquet with a delicate slightly aromatic bitterness. Refreshing in the mouth and with fine bubbles. Evolutionary sensations in the mouth with tones of slightly toasted nuts. 5.8% alc.

Cane sugar is used in its production. 4.8% alc.

Presented in July 2008. First Spanish wheat beer made in the style of certain Belgian beers.

Beer flavored with vodka and permuted with citrus. 5.9% alc.

Presented on the occasion of the International Exposition of Zaragoza 2008. It is a beer suitable for coeliacs.

Product consisting of beer with a slight chocolate taste. It was presented in March 2011 on the occasion of the "Zaragoza Gastronomy" conference held in that city during the last days of that month.

Beer with a high alcohol content (10% by volume) with the different contributions of the ten hops, originating from nine countries. It has an orange colour with golden flashes with a liquorous appearance. It was presented in March 2013 for the first edition of Aragón con Gusto

Product consisting of spicy beer with cardamom, bergamot, chilli, honey and ginger. It was presented in October 2014 on the occasion of the "Zaragoza Gastronómica" conference.

Information about the Presidente Beer

add a comment of Information about the Ambar Beer