At ForBeerLovers we want to give you all the information about the beer -Brau GmbH Franziskaner so you can learn more about the history of this brand and why it is one of the most popular and consumed globally.

Information on the Franziskaner

Franziskaner is a brewer founded in 1363 in Munich, Germany. It is mainly characterized by the traditional brewing of wheat beer and is part of the Spaten- Franziskaner -Brau GmbH group.

At ForBeerLovers we want to give you all the information about the beer Franziskaner -Brau GmbH so you can learn more about the history of this brand and why it is one of the most popular and consumed globally. 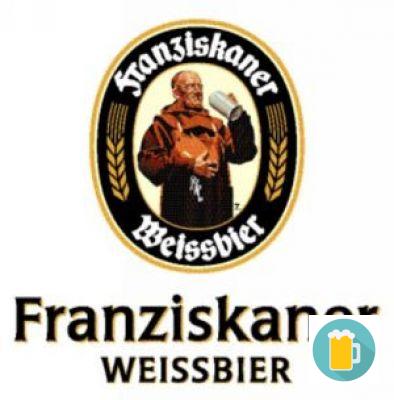 The beer Franziskaner is presented as a quality brand within the reach of anyone and natural, so it is made with the following ingredients:

If you want to know about Leffe's nutritional contribution, here's a list of the highlights:

Franziskaner was founded in 1363 under the name of "Bräustatt Bey den Franziskaner n", becoming the first civilian brewery in the district of the Munich Residence.


In 1858 Joseph Sedlmayr, owner of the Leist-Brauerei, and his son Gabriel, owner of Spatenbräu, became co-owners of Franziskaner , after completing the acquisitions three years later.


In 1872, for the first time, a beer was served Franziskaner during the Oktoberfest.

The best known of these beers Franziskaner is wheat beer, which has been increasingly marketed since the mid-1970s and has been growing ever since. Wheat beer is a superior fermented beer; even in the late Middle Ages, it was the Bavarian princes who developed and cultivated this specialty in their courtly breweries. Despite this, there are other beers within the brand:

This beer has a golden yellow color with a rich white foam. Its taste is fresh, quite creamy and balanced.

It has an amber color reminiscent of an apricot and its smell is intense of ripe fruit, foam and shades similar to a broken white. Its taste is creamy with a touch of bitterness.

It has a dark amber color with dark shades and a short lasting foam. Its smell is of medium aromatic intensity of darker cut as its name indicates. In the mouth it is quite fresh, somewhat spicy, measured bitterness that reminds of toasted cereal.