At ForBeerLovers we want to give you all the information you need to Chimay know more about the history of this brand and why it is one of the most popular and consumed globally.

Information about the Chimay

Chimay is a type of Trappist beer that is produced in a brewery located in the municipality Chimay within the Abbey of Scourmont, in the south of the province of Hainaut, Belgium.

In ForBeerLovers we want to give you all the information about Chimay  you need to know more about the history of this brand and why it is one of the most popular and consumed globally. 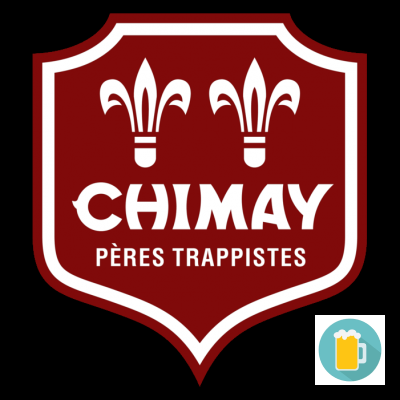 Chimay is presented as a quality brand and, therefore, it is made with natural ingredients such as

If you want to know the nutritional contribution of the Chimay , here we leave you a list with the most outstanding values:

This abbey was founded on 15 July 1850 in the municipality of Chimay , by 17 Cistercian monks from Westvleteren Abbey, which is located in the same region of Hainaut (Belgium)


From the moment of its creation, the abbey began the construction of what would be the "factory" of beer, which ended in 1862 with a total of 80 monks living there at that time.

So 1862 is the year when the first Trappist Chimay beers were brewed and sold. However, it should be noted that the beers we know today are not exactly the same as those originally produced

Within the brand Chimay , we find different ranges of beers that are adapted to a wider public. Below you will find the different types Chimay that are currently on the market.

Contains 7% vol. In the 75 cl bottle, this beer has the denomination Première. It is a black dubbel type beer and has a sweet and fruity aroma.

It's 9% vol. It's a darker ale. In the 75 cl bottle, this beer has the name Grande Réserve. This copper-brown beer has a somewhat bitter taste. It is considered the most "classic" Chimay ale, it has a deeply fruity taste and at the same time a little spicy.

It contains 8% vol. golden tripel. In the 75 cl bottle, this beer is called Cinq Cents. This beer has a light orange colour, it is the driest of the three.

With a 4.8% vol. ale, produced with ingredients very similar to Chimay Rouge, but is somewhat more opaque and spicy in a different way. It's a patersbier, made especially to be drunk inside the Abbey or around it at the Auberge de Poteaupré, which is associated with the Abbey. The monks usually drink this beer instead of any of the other three, which have a higher alcohol content.