At ForBeerLovers we want to give you all the information you need to know about Polar and why it is one of the most popular and widely consumed brands in the world.

Polar or Polar quote is a brand of beer produced in Venezuela by Cervecería Polar one of the divisions of Empresas Polar . Polar beer is of the Pilsen type and has an alcoholic content of 4.5° C.

In ForBeerLovers we want to give you all the information about Polar so that you can learn more about the history of this brand and why it is one of the most popular and consumed globally. 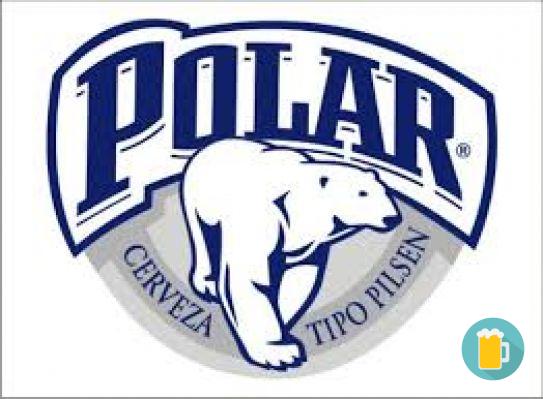 Polar is presented as a quality brand and, therefore, it is made with natural ingredients such as

If you want to know the nutritional contribution of Polar, here is a list with the most important values:

The brand Polar , was registered on August 21, 1916 and the first Polar beer , was produced in April 1911, in the factory of Compañía Cervezera Internacional SA, in Havana, Cuba. In Venezuela it was in 1941 in a factory located in Antímano to the west of Caracas, then in 1943 Carlos Roubicek, who modified the formula, joined Cervecería Polar as master brewer. Since then, the brand managed to grow until it consolidated itself as the first beer in Venezuela in terms of sales, partly due to the advantage that it was one of the few national brewers competing with small regional breweries.


Between 1999 and 2002 there was a change in the Venezuelan consumer's taste that caused Polar beer to be displaced from the first place of consumption by light beers,1 since 2008 Polar Light replaces that place of preference.

Within the Polar brand, we find different ranges of beers that are adapted to a wider public. Below you will find the different types that Polar currently has on the market.

Polar Light is the most refreshing and light beer of Cervecerías C Polar .A, it was launched in 1996 and is made from the same ingredients of Polar Pilsen. It has 4º of alcohol content

Polar Ice is a Venezuelan light Pilsen beer brewed by Empresas Polar through its Cervecería Polar division. It has an alcohol content of 4.5

Polar Zero is the only non-alcoholic beer, an option to enjoy a good beer in those situations where alcohol should not be consumed.