At ForBeerLovers we want to give you all the information about Duff so that you can learn more about the history of this brand and why it is one of the most popular and consumed globally.

Information about Duff beer Duff ( Duff Beer ) is the beer brand from the cartoon series The Simpsons. In the series it is just a parody of the mass-produced beer in the United States. Since 2008 it has been marketed in several countries around the world.

At ForBeerLovers we want to give you all the information about beer Duff so that you can learn more about the history of this brand and why it is one of the most popular and consumed globally. 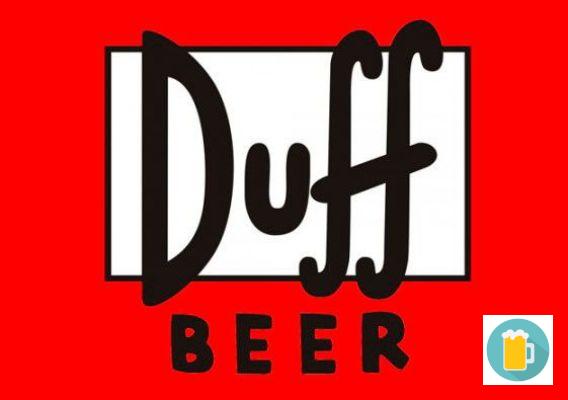 The beer of Duff is presented as a quality brand within reach of anyone and is therefore made with the following ingredients:

If you want to know the nutritional contribution of the Medal, here is a list of the most outstanding values:

In late 1990, Lion Nathan brewed a beer called Duff Beer in Australia. 20th Century Fox reported him for misuse of his brand and won.

In 2006, the Mexican Rodrigo Contreras, from Guadalajara, obtained the patent for the brand " Duff " to launch it for sale.

7- Eleven as part of The Simpsons promotion: The film put on sale beer Duff and Buzz Cola among others; only it wasn't beer or soda, but a limited edition energy drink.

The commercial appearance is the same as any episode of The Simpsons, entering the market in December 2007. In July 2010, a beer Duff made in Germany could be bought in Spain. In March 2010, the beer Duff began to be sold in Colombia, which produces it for Duff South America. They say it is actually DUH, as registered and that the two "f's" are actually an "h". FOX filed a lawsuit for trademark usurpation before the Colombian authority, since the group of investors that produces Duff South America has nothing to do with FOX.

Within the brand we Duff can find different types of beer if we talk about the series The Simpsons. However, in reality it is difficult to find another type of beer Duff . That's why below we're going to talk about the only and original beer.

Duff is a slightly pale golden yellow beer. Its foam is very white with a small and not very persistent bubble. In the nose you can notice the corn cob and a slight hint of hops, although everything is very faint. Its taste is creamy with well integrated carbonic. It is smooth as a soft drink. The aftertaste is light with a sweet finish. Its price is 1.30 euros, although you pay more for the brand than for the quality.