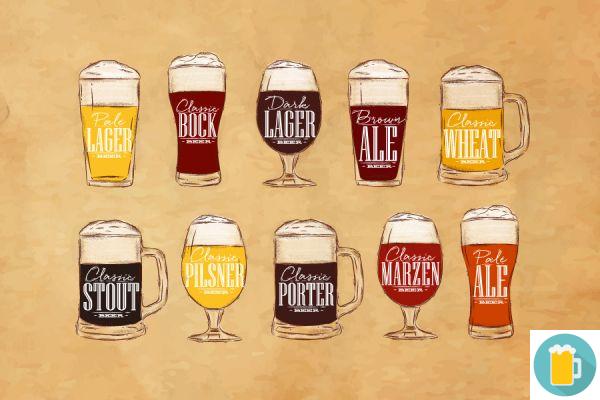 All the information about Blonde beer


The term lager does not define any specific style of beer, but refers to all those beers that are made using light or pale malts.

At ForBeerLovers we're going to tell you everything you need to know about Blonde Beer, one of the best known and most widely consumed types of beer in the world.

The Blonde beer is a type of beer that has a more yellow or blonde color than the rest of the beers.


Below we explain some of the main characteristics ofthe Blonde beer:

They usually have an alcoholic content of about 5 degrees

Its flavor is very marked thanks to its malts. These give it a sweet and fruity taste.

In order to make this beer we will basically need these ingredients:

Do you want to make blonde beer at home? You should know that, by following the all-grain method, you can make a high-quality beer yourself. To do so, follow these steps:

Here's a video of how to brew Blonde beer at home:

Nowadays, there are different types of blond beer depending on the practice thatis carried out during its production. Here are the most common

Lager is possibly the most common brewing style in the world. However, they do not always have to be blonde, but can also be more toasted or black

It is almost identical in appearance to a normal pallet lager and differs basically in the ingredients used in its preparation.

This is a high-fermentation lager or ale-style beer. These beers are basically characterized by the use of pale malts, originally dried with coke

Golden ale is a brewing style practically identical to blonde ale. They are so similar that they can be considered as the same variety of high-fermentation beer. They are usually of British or American origin.

Add a comment from Blonde Beer: Characteristics and Types

98%
We have been able to give 98% of times, the solutions that users were looking for when consulting our page.