AtForBeerLoverswe're going to tell you everything you need to know about roast beer, one of the most popular and widely consumed types of beer in the world. 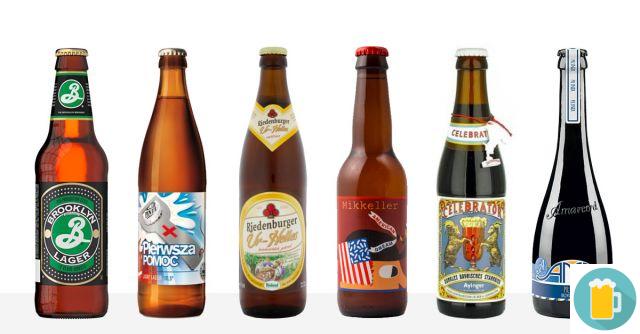 All the information about Roasted Beer

At ForBeerLovers we're going to tell you everything you need to know about roasted beer, one of the most popular and widely consumed types of beer in the world.

This is not a style per se, but a wide variety of styles that have a common denominator: the use of more or less toasted malts in the brewing process.

They're usually medium-bodied, lighter in color and gain in body as they get darker, being more creamy. The foam ranges from light cream to beige, as well as the sponginess, also greater in the darkest

with malt, caramel, and coffee flavors.

The service temperature would be between 4º and 6º.

As far as pairing is concerned, the lighter ones go with lighter or even spicy dishes, in the case of double IPA or semi-cured cheeses.

Ingredients of the toasted beer

As we mentioned earlier, toasted beer is still a normal beer. That's why its ingredients are the same as a normal or traditional beer. The only thing that changes and that you must bear in mind is that to make this beer you will need to make toasted malts and not normal ones.


How it is made

The fundamental component for obtaining a roasted beer is the use of more or less roasted malts. This is what will give the beer these attractive tones.

With the lightly roasted malt, even beers with red nuances are obtained, such as Red Ale (typical of Ireland) or Belgian Flemish style.

The best brand of toasted beer

We conclude this article by talking about the most outstanding brands of toasted beer of the moment. Although there is a wide variety of options, here we are going to leave you with a list of the 3 best ones you have to try, yes or yes!

add a comment of Roasted Beer: Characteristics and Types