Beer with Lemon: Characteristics and Types

OnForBeerLoverswe're going to tell you everything you need to know about lemon beer, one of the best known and most consumed types of beer in the world. 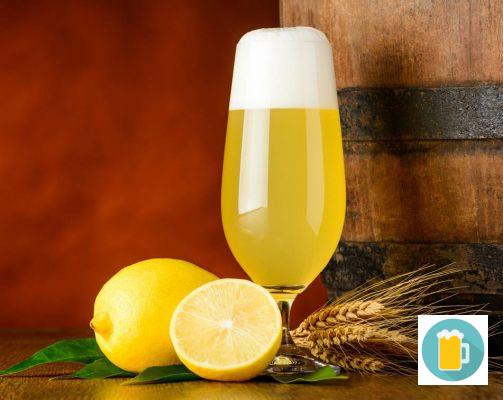 All the information about Beer with Lemon

Beer with lemon is a beer with a low but noticeable lemon juice content. This beer is known as Radler, Shandy, Clara among other names.

At ForBeerLovers we will tell you everything you need to know about lemon beer, one of the most popular and widely consumed types of beer in the world.

Characteristics of beer with lemon

As far as its characteristics are concerned, it will depend on the type of Lemon beer we choose. The aroma, appearance, flavor, etc. are usually similar to the original beer of the brand we choose but with a slight touch of lemon. However, the taste is usually similar to that of a traditional beer, but much more refreshing.

Ingredients of the beer with lemon

This type of beer has natural ingredients similar to the lager we know (gluten-free, of course). Its ingredients will depend on the type of beer you choose. We recommend that you find out about the ingredients of another beer, since beer is used and lemon is added.

To make a beer with lemon, you must first choose your favorite beer. Then follow these steps:


The Radlers were born in 1922 to Franz Xaver Kugler, a barman who was previously a railroad worker. One day he decided to enter the world of the hotel business by setting up his own biergärten in the area of Bavaria, in the village of Deisenhofen, Munich, under the name of Kugler Alm.

After World War I, cycling became a fashionable sport, and Kugler knew that this could benefit him given the location of his biergärten. His premises were located between the specially built bicycle lanes.

One Saturday in June 1922, a large crowd of cyclists ended up stopping at Kugler Alm. Such was the number of people who gathered at his place that he suddenly caught Franz Xaver Kugler. The beer reserves he had available would not cover the current demand, so Kugler decided to combine his beers with lemon juice. In this way, all customers would be satisfied with a beer they had never tasted before, the Radler.

We conclude this article by talking about the most outstanding Gluten Free beer brands of the moment. Although there is a wide variety of options, here we are going to leave you with a list of the 3 best ones you have to try, yes or yes!

add a comment of Beer with Lemon: Characteristics and Types