InForBeerLovers we want to discover all the information about Beck's so that you can learn more about the history of this brand and why it is one of the most popular and consumed globally.

Beck's is the name of a German pilsener beer that is widely consumed in Germany. The brewery's headquarters are located in the city of Bremen in northern Germany.

In ForBeerLovers we want to discover you all the information about the Beck'spara that you know better about the history of this brand and why it is one of the most popular and consumed globally. 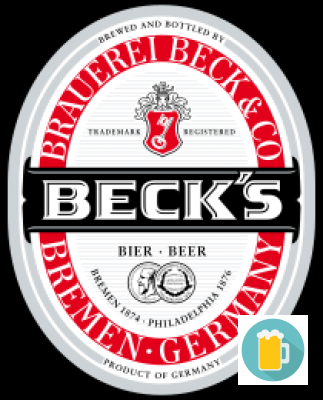 Beck's beer is characterized by its compliance with the German Purity Law, a law that is more than 500 years old, which consists of brewing beer with only 3 natural ingredients:

If you want to know the nutritional contribution of Beck's here we leave you a list with the most outstanding values:


Beck's was founded in 1873 and belongs to the German brewery Brauerei Beck GmbH & Co KG. In 2002 the same brewery was bought by the Belgian company Interbrew. In 2004, and since then, Interbrew merged with AmBev and is now known as InBev.